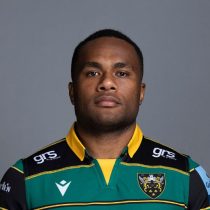 Fijian-born back rower Tui Uru played for National 2 South side Bury St Edmunds for two seasons before making the step up to the top level of English rugby with Northampton Saints.

Uru was regular member of the Eastern Counties set-up and played for Ipswich until 2017, also representing England Counties at under-20s level in his fledgling career.

The No.8 represented the Wanderers on three occasions before joining Saints’ ranks full time, scoring an impressive try against Leicester Tigers in April 2019 and helping the side reach the Premiership Rugby Shield knock-out stages for the fourth consecutive season.