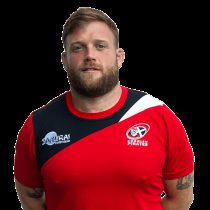 Tom Channon is a versatile and powerful scrummager, although he started his rugby career at scrum half moving into the front row at 17.

Tom signed for the Cornish Pirates in 2013 from Bristol. His presence in the Pirates team was consistent earning him 50 caps in his second season at Pirates.

In March 2017, he re-signed with the side just three games short of the 100 games milestone.

The front rower took his overall games tally for the club to 124, before signing a new deal until May 2022.

In July 2021, he announced he would leave the Pirates to move to Australia.