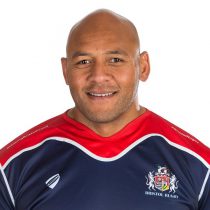 With over 200 appearances for Northampton Saints, the Tongan beast formed a formidable prop partnership with Springbok Brian Mujati at Franklin's Gardens. He has plenty of experience all over the world and a number of Barbarians caps too. He went to his 3rd RWC with Tonga in 2015 following 2007 & 2011.

On June 30th 2016, Tonga'uiha, who has also played for Bedford and Racing Metro, was announced to have signed for Bristol ahead of the 2016/17 Premiership season.

In August 2020, it was announced that Tonga'uiha would be joining Chinnor RFC as a player-coach.