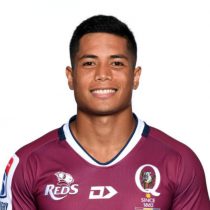 Samoan born Malolua was selected in both the Queensland and Australian Schoolboys squads.

From 2015 to 2016 Malolua was again selected for both the state and national teams for the U20s squad. In 2017, Malolua recorded his third season in the NRC with Queensland Country after having an impressive season with his club Souths in Queensland's Premier Rugby competition.

He made the Reds Super Rugby squad in 2019 and made his debut in round 15.

He featured in Samoa's Pacific Nations Cup before making his for start against Australia ahead of the World Cup but unfortunately, he suffered a dislocated and was ruled out the World Cup.