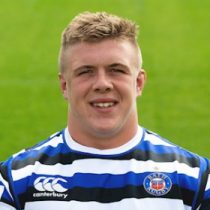 Nixon has featured for Bath United in the Premiership A-League several times in the early 2016/17 season and was been named on the bench for Bath’s Anglo-Welsh game against Newcastle.

Having come through the London Scottish Academy, Nixon joined Plymouth Albion for the 2016/17 season and gained valuable game time in National 1.

Nixon was promoted from the Bath academy to the senior squad at the end of the 2018–19 Premiership Rugby season.

The Dorchester-born tight-head was part and parcel of Bath’s squad, where he ran out for them in the Premiership, Heineken Champions Cup, as well as the Premiership Rugby Cup.

In late 2018 he signed a loan deal with Championship side Yorkshire Carnegie.

In July 2020, Nixon left Bath to sign for Top 14 club Bayonne. He featured prominently for Bayonne in the Top 14 before returning the Premiership ahead of the 2021/22 season with Exeter Chiefs