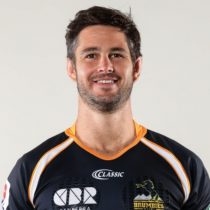 At just over 2m Carter is the Brumbies' tallest player and is a genuine second-rower. Carter is an aggressive ball carrier who gets through plenty of work.

He is regularly among the team’s top tackle makers and has worked hard at his set-piece play. Props like having him on their back at scrum time, while his vertical elevation at line-out time makes his lifter’s job a whole lot easier.

Carter made his debut for the Wallabies when he lined out against France in June 2014.

He missed out on the initial 2015 RWC squad but was brought in as injury cover for Will Skelton in the group stages.

Since then Carter has proved himself as a consistent performer and a true leader, he is a regular in the Wallaby squad and a crucial part of the Brumbies pack.

In February 2017, Carter was named alongside Christian Leali'ifano as the Brumbies co-captains, leading the side for the 2017 Super Rugby season.

He was once again named as the Brumbies co-captain for the 2018 season and looked to push his way back into the Wallaby squad.

The experienced second-rower helped the Brumbies to the Super Rugby semi-finals in 2019, taking his Super Rugby appearance tally to 122 and has 16 test caps to his name.

Carter left the Brumbies to link up with Ulster ahead of the 2019/20 season.

As of May 2020, Carter has made 7 appearances for the Irish province and has scored 5 points.