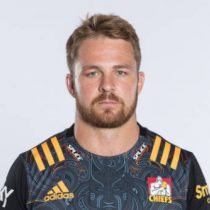 Sam Cane has enjoyed a meteoric rise through the professional ranks in New Zealand rugby. Earmarked from an early age to be a star, Cane represented his country at every age grade from under 17 up.

In a glittering underage career, the Bay of Plenty man won the under 20 world championship as well as being named Rugby Award Age Group Player of the Year in 2011.

At the tender age of just 18 Cane made his Super Rugby debut for the Chiefs in 2010, and played a vital role in the Chiefs successful Super Rugby campaign in 2011.

On the back of his outstanding 2011 season Cane was brought into the All Blacks squad for the 3 match series against Ireland in 2012, making his debut in the 22-19 victory in the 2nd match of the series.

By the start of 2015, Cane had amassed 22 caps and 8 international tries. He remained a part of the All Black set up that headed into the 2015 RWC.

He was a key member of the 2015 Rugby World Cup-winning team, where he captained the side in the match against Namibia.

In February 2017, Sam entered his sixth season with the Chiefs and is a key part of the team’s leadership. On the back of a stellar Super Rugby season he collected the Chiefs Players’ Player of the Year and showed many mature performances in his role as co-captain.

Cane was named in Steve Hansen's squad for the NZ Lions series & following some impressive performances in the Test series, he brought form into The Rugby Championship 2017.

In October 2017, he signed a new contract extension, which would see him stay with New Zealand Rugby, the Chiefs, and the Bay of Plenty province for four more years.

He took his Super Rugby cap tally to 106, scoring 14 tries in the competition and entered the 2018 Rugby Championship with 55 test caps.

In 2018 Cane fractured his neck during a Test against South Africa and faced months of recovery post-surgery before making a much-anticipated return to the Chiefs in 2019, helping the team through to the Quarter Finals.

In May 2020, he was named as the new Captain of the All Blacks, succeeding Kieran Read who retired from the All Blacks after Rugby World Cup 2019.

Cane started all six of New Zealand's tests in 2020 as the lost to Argentina for the first time and recorded a loss and a draw to Australia in Cane's first year as the full time captain.

In december 2021, Cane signed a new long-term contract which commits him to the All Blacks and domestic rugby in his homeland until 2025.