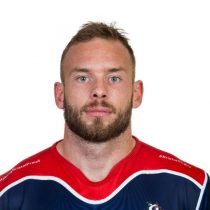 Edwards made his first team debut for Bristol in 2011, whilst still a student at University West of England (UWE), before signing professional terms with the Academy in 2013.

The Academy graduate became one of the Club’s standout performers in the Premiership before committing his future to Bristol Rugby ahead of the 2017/18 campaign.

A tenacious runner with an eye for the tryline, the winger has scored 18 tries in 66 appearances for Bristol, as of August 2018.

In February 2020, he was loaned to injury-struck Cardiff Blues for the remainder of the season.