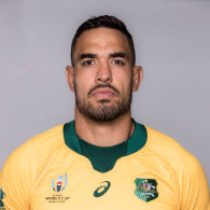 A former Murwillumbah Bananas third grader based on the NSW Far North Coast, Rory Arnold has had a meteoric rise to the pinnacle of Australian Rugby.

Arriving at the Brumbies as the tallest player in Super Rugby history (tied with South African and former Stormers star, Andries Bekker).

He joined the Gold Coast Breakers in 2013 before being selected in the Combined NSW/QLD Country side which took on the British and Irish Lions. He enjoyed a season at the South African side Griquas before sitting out most of 2014 after shoulder reconstruction surgery.

Arnold made his Brumbies debut in 2015 against the Reds in Canberra. After two promising Super Rugby seasons, Arnold earned a Wallaby call up and started in the 1st Test against England in June 2016.

Since his Super Rugby debut in 2015 against the Reds, Arnold has bagged 5 tries in 56 Super Rugby appearances.


In December 2018, the Wallaby signed a deal to join Toulouse after the 2019 Rugby World Cup in Japan. He heads into the tournament with 22 Test caps