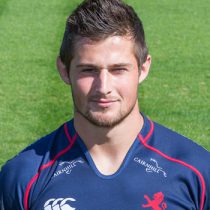 Robbie Fergusson joined Glasgow's training group ahead of the 2019/2020 season.

He made his professional debut for Glasgow Warriors in September 2015, coming off the bench against the Scarlets at Scotstoun in their opening match of the season.

It marked an impressive return to rugby, with Fergusson having finished chemotherapy for Hodgkin's lymphoma and made his comeback for Ayr a year previously.

Fergusson enjoyed a distinguished debut season, appearing for Scotland at both the Sevens World Cup and Commonwealth Games in 2018. The latter saw him replace the injured Gavin Lowe in the squad, joining up with the team on the Gold Coast.