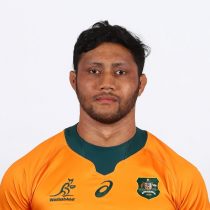 Leota was a key member of the 2015 Australian Men’s Youth Sevens team that won a silver medal at the 2015 Youth Commonwealth Games.

The tournament gave Rob a taste of what International Rugby can offer and once again he was named in the 2016 Australian U20s squad for the World Rugby U20s Championship in Manchester.

He made his debut in late 2016 against the Crusaders in Christchurch.

Leota capped off a brilliant 2019 by re-signing with the Rebels until the end of 2021.