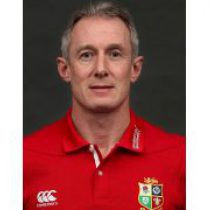 Howley won 59 caps for Wales and captained his country to 15 wins in 22 matches, including a run of 10 successive victories in 1999. He captained Wales in the 1999 World Cup which was hosted in Wales, and made his final cap coming against Scotland in April 2002.

Following his retirement in 2004, Howley turned to coaching and steered Cardiff Blues before becoming the attack coach for the Wales national team in 2008, leading the team to three Six Nations titles, including two Grand Slams and the semi-final of the 2011 Rugby World Cup.

With great qualities of leadership, he was again given the head coaching duties for the Welsh national side after Gatland retained his head coaching role of the British and Irish Lions for their 2017 tour to New Zealand.

In December 2016, he was named one of 3 Warren Gatland's assistants for the 2017 Lions tour of New Zealand.


Howley was sent home ahead of Wales' first match at the Rugby World Cup after an inverstigation was launched against him in relation to a potential breach of World Rugby regulation 6, specifically betting on rugby union.