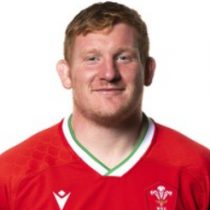 Carre is a Welsh prop who has represented Cardiff Blues. He showed promise after representing Wales at age group levels as well as captaining the under 18 side and being selected into the 2017 6 Nations squad.

He made his test debut against Ireland in Cardiff on 31 August, 2019.

In April 2019, he was called up to the preliminary squad for Wales for the 2019 Rugby World Cup.

Carre, with 6 caps to his name, was named in the Wales squad for the 2020 Six Nations.

Following 41 appearances for Cardiff and 16 international caps, the giant loose-head signed a new deal with the blue and black.