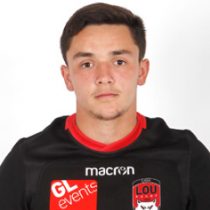 Another product of the Lyon Academy, Quentin Delord broke into the senior team during the 2017/18 Top 14 season and made his debut that season.


He was just 18 years old when he made his debut and has since become a regular in the side.