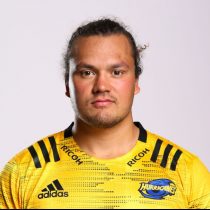 Rakete-Stones was called into the New Zealand squad for the World Rugby U20 Championship after shining with his impact off the bench for the Hurricanes under 20s.

Rakete-Stones was named in the Hurricanes squad ahead of the 2020 Super Rugby season.

He made his debut for the club against the Stormers in Cape Town, South Africa in February 2020.

After 14 appearances for the Hurricanes, he signed a new deal through to the 2022 season.