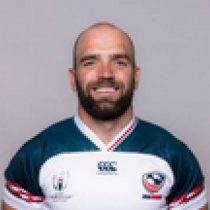 After graduating, Davies played club rugby and made his USA Rugby Men's Eagles debut in a 2013 match against Russia in England's Allianz Park.

Davies played for the Ohio Aviators in PRO Rugby before he was selected into the USA team for the Americas Rugby Championship.

In May 2017, Davies was named in USA Men's Eagles squad for the Emirates Airline Summer Series and Rugby World Cup 2019 Qualifiers this June and July, he has won 3 caps to date.