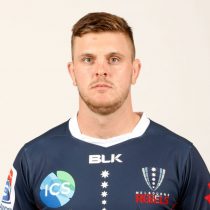 Younger brother of Wallaby outside back Dane Haylett-Petty, Ross was born in Durban, South Africa and moved to Australia at a young age.

He showed early promise as he represented Western Australia at Under-16 and State Schoolboy level.

He was also selected as a member of the Australia under-20 side which competed in the 2014 IRB Junior World Championship in New Zealand. He scored 1 try in 5 matches to help his country finish 5th in the tournament

The following year he made his Super Rugby debut against the Stormers and enjoyed a breakout season for the Western Force in 2016 playing 13 matches and establishing himself a regular in starting the team with 10 appearances in the second row alongside Adam Coleman.

The Cottesloe product and former Australian Under 20’s representatives' stellar season was recognised when he took out the club’s Rising Star Award.

Haylett-Petty's stellar form in the 2016 Super Rugby and NRC flowed over into the 2017 Super Rugby season with the Force as he appeared in all 15 of the Western Forces matches.

In November 2017 the Melbourne Rebels announced that the Haylett-Petty brothers signed a two-year deal with the Super Rugby side.

He enjoyed a solid first year with his new side, playing in 12 matches. 2019 proved to be another consistent year for the forward as he played 13 games for the Rebels.