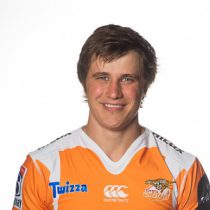 A hard running centre that epitomises the South African style of play William Small-Smith is an extremely talented player coming out of the famous Grey College, Bloemfontein.


It did not take long for Small-Smith to gain higher honours as he was called into the SA 7s squad for 3 legs of the 2011/12 World Sevens Series.


He returned from his 7s duties and joined up with the U20 South Africa side ahead of the 2012 IRB World Championships.


Small-Smith captained the side to victory with the likes Jan Serfontein before he returned to the Bulls.


He spent time with Tuks and the Bulls playing Super Rugby, Currie Cup and Varsity Cup but the centre found his playing time limited due to the congested midfield in Pretoria.


Small-Smith is adept at both outside and inside centre as well as wing.

By March 2019, he had made 61 appearances for the Cheetahs and signed two-year extension with the side.