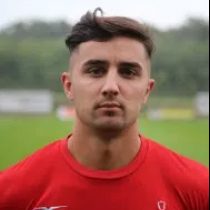 After a successful stint at Redruth RFC, Ducker secured a move to Hartpury College ahead of the 17/18 season in which he shall play a vital role in their Championship campaign. The versatile back was nominated for England Rugby's try of the year after a remarkable solo effort while playing for Redruth.