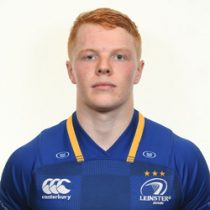 A product of Blackrock College, Gavin is a son of Leinster, Ireland and British and Irish Lions player Brendan, who won 56 caps for Ireland.

Mullin was a stand out performer for Blackrock SCT in 2016, having previously won a JCT medal with the South Dublin school.

The UCD clubman is physically strong and possesses the ability to read the game very quickly. Having represented Ireland at numerous age grades, Mullin was a stand out during the 2017 U20 World Championship.

The outside centre is in his first year with the Leinster Academy & has been playing for Leinster 'A' in the British & Irish Cup.