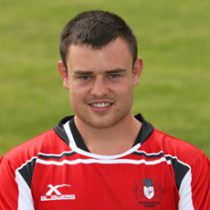 As a 20-year-old, Luke moved South to join the Gloucester Rugby Academy from Leeds Carnegie.

The hooker is former Prince Henry’s pupil who has represented Yorkshire, North of England and England A and was also in the Bradford Bulls Scholarship squad.

In May 2017, Rotherham Titans confirmed that hooker Luke Cole has agreed terms which will see him remain at Clifton Lane for the 2017/18 Championship season.