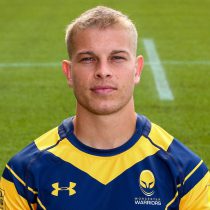 Dowsett has learnt his craft under the guidance of Wallabies legends Stephen Larkham and George Gregan, while also having been mentored by Nic White at the Brumbies.

In November 2016, he signed gor Worcester Warriors in the Premiership after three seasons with Australian Super Rugby side Brumbies, having made his debut back in 2014.

After eight appearances for the side, the English-qualified scrum-half was signed on a permanent deal before leaving for Canon Eagles in 2018.