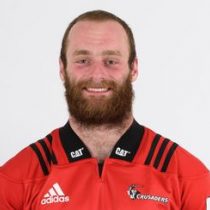 Jager attended Blackrock College winning a Leinster Schools Junior Cup in 2011, and being a member of the 2013 winning Senior Cup Team alongside Garry Ringrose.

In his early rugby career, Jager played with Naas RFC and attended Newbridge College in his early years of secondary school. He excelled at athletics, winning an All Ireland Shot Put title in 2010, and also winning a national Shot Put title in The Netherlands, while representing the Lycurgus club as a 16-year-old.

Jager's father, Harm was a strength and conditioning coach at Blackrock College for four years and represented the Dutch waterpolo team at the 1984 Olympics.

He played for the Ireland U18 Schools side in 2013 but when he missed selection for the Leinster academy system, Jager decided to pursue his rugby dream in Canterbury.
He did a month long program at the Crusaders International High Performance Unit and impressed enough to be asked to return for a shot at club rugby in 2014.

In 2019, he was part of the senior Canterbury provincial squad that won the prestigious Mitre 10 Cup title and secured the famous Ranfurly Shield, making eight appearances in total.