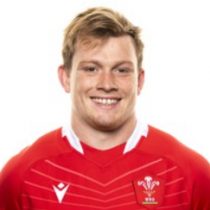 Born in Sidcup, England, Tompkins is a quick, robust outside centre who has represented England at several age-group levels. Having attended Bishop Justus C of E Secondary School, Tompkins is a member of the Saracens academy system and made his debut for the full senior side in 2013.

Being part of England’s U20 Junior World Championship success, centre Nick Tompkins stock within the game is continuing to rise after a handful of Saracens first-team appearances during the 2013/14 season.

In late 2014, the young centre produced a Man of the Match performance after being thrown into the fray against Sale Sharks. May 2016 saw him being included in the England Saxons squad to tour South Africa.

He featured for the Saxons against South Africa A in a game that did not tie him to England. Tompkins secured his Saracens future on August 4th 2016 by extended his stay at Allianz Park by a further 3 years.

In November 2018, he signed a new three-and-a-half-year contract extension at Saracens until the summer of 2022.

Tompkins put in a starring performance for Saracens when he came off the bench early in the 2018/19 Premiership semi-final against Gloucester where he scored a hattrick in what was his 100th appearance for Saracens.

His dynamic skill set and enthusiastic nature saw him excel for the Men in Black in 2018/19, featuring heavily in the club’s run to their third European success and fifth Premiership title.

With his ability to play both inside and outside centre, Tompkins was called into the Wales squad for the 2020 Six Nations where he looked to make his test debut with his eligibility coming from his Welsh grandmother.

He made his international debut as a first-half injury replacement in a 42-0 win against Italy and scored a try. In June 2020, he committed his longterm future with a new deal at Saracens but confirmed he would spend a season on loan at Dragons.