Alun Wyn Jones will become his country’s most capped rugby player of all time on Sunday when he leads Wales against England at Twickenham.

It will be Jones’ 135th test match (126th for Wales, plus 9 British & Irish Lions tests) and he captains an experienced squad for Wales’ first summer test.

With a six-day turnaround between the back-to-back matches against England (Aug 11 and Aug 17), Warren Gatland is using the games and the preparation to replicate Wales’ RWC schedule where they also face a six-day
turnaround between pool fixtures.

Wales could become the highest ranked test side this weekend and history is on their side! 🔝🏴󠁧󠁢󠁷󠁬󠁳󠁿

Wales have named an unchanged back-line from the side that clinched the Grand Slam against Ireland in March.
Gareth Davies and Gareth Anscombe continue their partnership at half-back, with Scarlets duo Hadleigh Parkes and Jonathan Davies paired in midfield. Josh Adams, George North and Liam Williams make up the back three.
Nicky Smith, Ken Owens and Tomas Francis are named in the front-row with Adam Beard partnering Jones in the second row. Aaron Wainwright, Justin Tipuric and Ross Moriarty comprise the back-row.
“The squad are looking forward to this weekend and getting a game under their belt after a really intense preparation period,” said Wales head coach Warren Gatland.
“We have picked a strong-looking team and we are looking forward to seeing how they kick on after a successful couple of campaigns.
“These matches are really important leading into the RWC, to ensure that the players are both ready for the tournament but also to give players the opportunity to put their hands up for selection.
“There is a balance with selection, a need to mix continuity from what we have achieved with opportunity, and we will look to do that over the next couple of weeks.

“Looking at the first two matches, this block replicates what we are doing in the RWC with a six-day turnaround so it’s a good opportunity for us to prepare and mimic that schedule.”
Elliot Dee, Wyn Jones and Dillon Lewis provide the front-row cover with Jake Ball and Aaron Shingler completing the forward contingent. Tomos Williams, Dan Biggar and Owen Watkin are named as the backline cover. 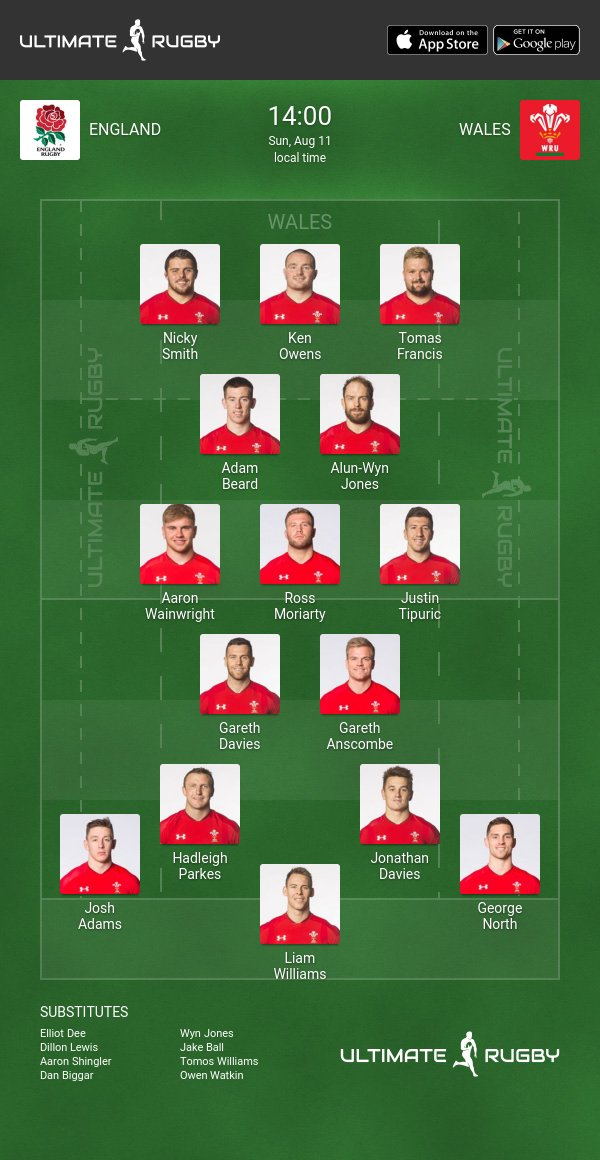