Ultimate Six Nations Team-By-Team Guide
A look at every team competing in the 2019 Six Nations championship, as Ireland look to follow up their Grand Slam triumph.

The 2019 Six Nations gets under way on Friday, when France host Wales in Paris.


Ireland won the Grand Slam last time around and begin their campaign in Dublin on Saturday against England, whose Twickenham home was the setting for the defending champions' crowning moment in 2018.

Scotland will be keen to continue the improvements of recent seasons, while for Italy the priority will be ending a Six Nations losing run which stands at 17 matches.

Here we take a look at the teams and what each can expect from their 2019 campaign.

Joe Schmidt is nearing the end of his time at the Irish helm after announcing that he will leave the job at the end of the World Cup. Successor Andy Farrell is already on Schmidt's staff and will be taking notes during this year’s championship.

Rory Best has skippered Ireland for the past two years – a period of tremendous success for Schmidt’s side that has seen them crowned Grand Slam winners and beat the All Blacks for the first two times in their history. He is the oldest player in this year's championship at 36.

Ireland boast World Rugby's Player in the Year in the shape of fly-half Johnny Sexton. He has faced a race to be fit for the opener against England but will be key to Ireland's success if he has shaken off the effects of a knee injury. Wing Jacob Stockdale - player of the tournament in 2018 - also poses a threat to any defence.

Ireland completed the Grand Slam at Twickenham on the final weekend of the championship, consigning their opponents to a fifth-place finish. It was Ireland's first clean sweep since 2009.

Ireland have arguably enhanced their reputation since last year’s championship, picking up a series win in Australia, as well as a 16-9 victory over the All Blacks in November. If they can keep up that kind of form over the coming weeks, they will prove themselves to be serious contenders for the 2019 World Cup. 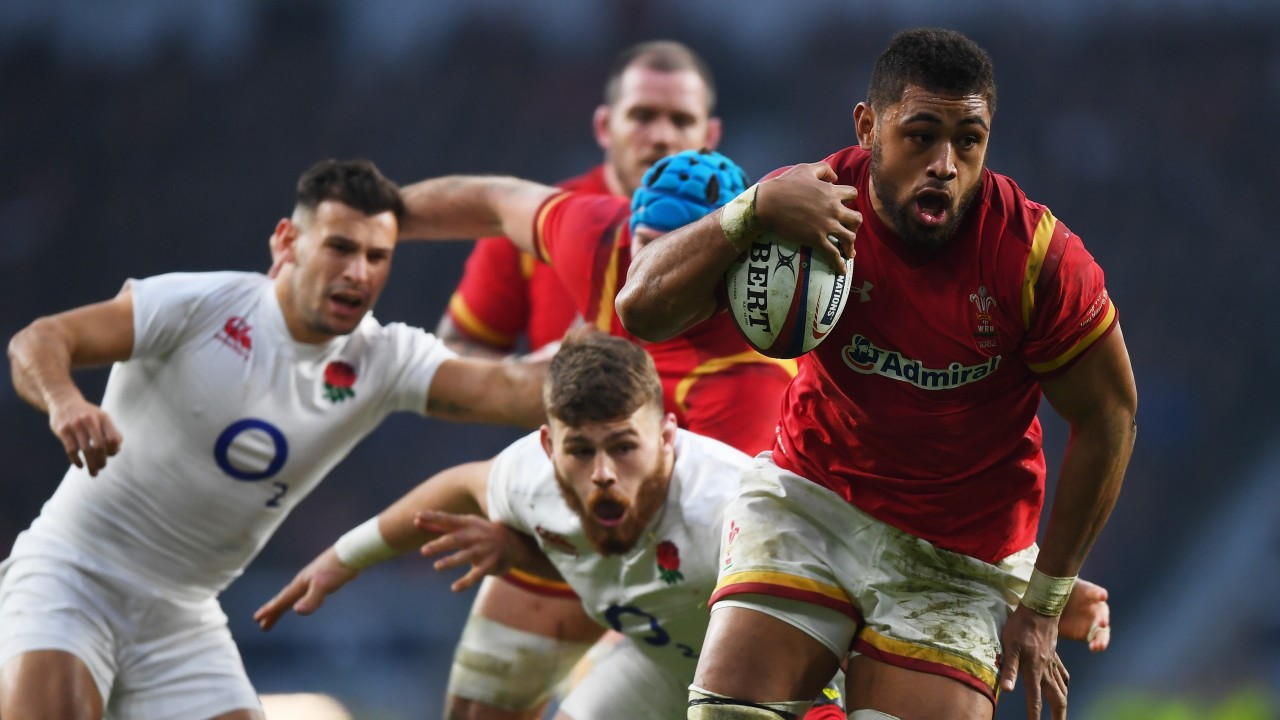 Another coach preparing to say his goodbyes at the end of the year is Warren Gatland, who will stand down as Wales chief after 12 years in charge. The Kiwi has led the team to two Grand Slams during his tenure.

Alun Wyn Jones is captain and, with 119 caps to his name, is rapidly closing in on Gethin Jenkins' record of 129 appearances for his country.

The battle for Wales' number 10 jersey is always fiercely fought and Gareth Anscombe appears to have his hands on the prize after starting the wins over Scotland, Australia and South Africa in November. Anscombe's challenge will be maintaining his level of performance with Dan Biggar and Rhys Patchell snapping at his heels.

It was an impressive second-placed finish for Wales in 2018, although their failure to win a match on the road may be a lingering cause for concern ahead of a championship in which they face three away fixtures.

Wales have been faced with dreadful luck when it comes to injuries, with Gatland saying only a week and a half before the tournament that just 27 members of his 39-man squad had been able to train, with experienced campaigners Taulupe Faletau and Dan Lydiate among those missing altogether. The situation will likely see players such as Thomas Young and Aaron Wainwright given their chance – experience that could come in useful in Japan later this year. Of the sides contesting the Six Nations, only Ireland can better Wales' record of 10 Test wins in 2018. 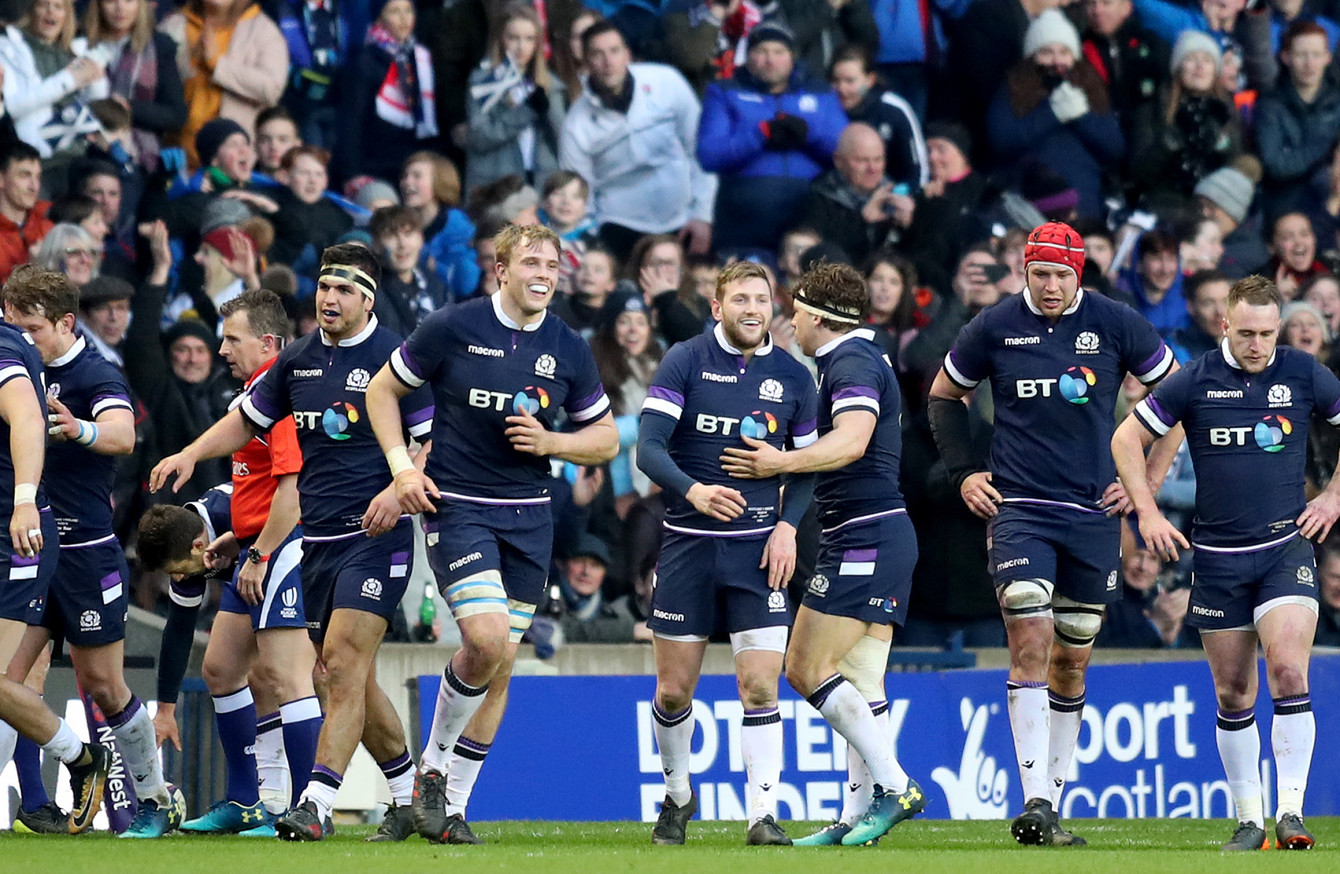 Gregor Townsend continued Scotland's sustained growth in the competition last season, guiding them to impressive victories over England and France.

The captaincy has returned to scrum-half Greig Laidlaw, with John Barclay, who led Scotland in the 2018 championship, yet to recover from an Achilles injury that has prevented him from making his Edinburgh debut since joining from the Scarlets ahead of the 2018-19 season.

Stuart Hogg has been the most eye-catching star of Scotland's resurgence over recent years and made more metres than any other player in the competition last year.

Scotland finished third but things could have been better had it not been for a slow start in Wales, where they kicked off the championship with a 34-7 defeat. Their campaign will be remembered for the 25-13 win against England at Murrayfield – their first Calcutta Cup victory for a decade.

With Italy heading to Edinburgh on the opening weekend, Scotland should have an opportunity to get into gear before they welcome Ireland a week later. Scotland are capable of upsetting the campaigns of other would-be Six Nations champions but, with trips to Paris and Twickenham in their itinerary, a challenge for the title looks unlikely. 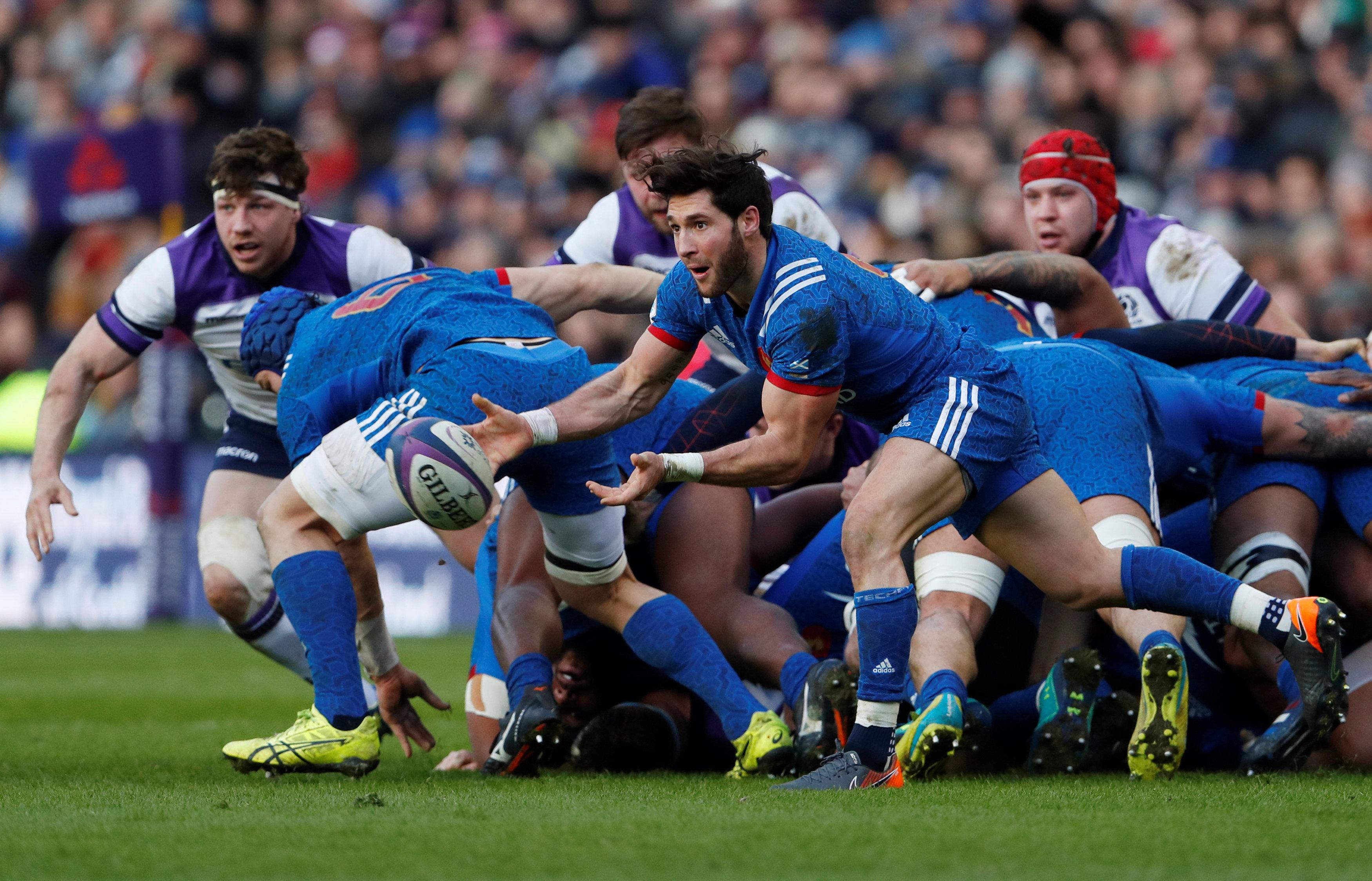 Jacques Brunel took over not long before last year's championship, following the sacking of Guy Noves. He almost got France off to a winning start in his first match in charge against eventual champions Ireland - Les Bleus undone by a last-minute Sexton drop goal in Paris.

Toulon hooker Guilhem Guirado skippers the side, having held onto the role despite the change of coach.

Centre Mathieu Bastareaud sits on 50 caps and his experience should complement the wave of young talent coming into the squad. Romain Ntamack - son of former France international Emile - is among the youthful contingent and could make his debut.

Victory over England in round four was the highlight for France but a series of narrow defeats limited their impact on the championship. The disappointment of a 15-13 home defeat to Ireland was compounded by a 32-26 loss at Murrayfield and a 14-13 reverse in Cardiff as they finished fourth. France dropped a number of players after they were involved in an incident on a night out following the Scotland defeat.

France are, as ever, difficult to predict but if they could convert some of those narrow defeats into victories, there is no reason why they could not put themselves in the mix at the top of the table.

Eddie Jones came under pressure for the first time in his England tenure in 2018. The team were unbeatable in the first 17 matches of his time in charge but last year lost six of 12 Tests - they had only lost one of the previous 23 under Jones.

Jones has opted for joint-captains over recent times but will begin the championship with a solo skipper in the form of Owen Farrell, with Dylan Hartley having been ruled out of the opener against Ireland due to a knee injury.

It is difficult to look beyond Farrell - a man who has spent most of his time as a centre under Jones and in a share of leadership with Hartley. The Saracens man was utilised at fly-half in November and, with the captaincy his for the time being, this could be Farrell's chance to make both roles his own ahead of the World Cup.

England's disappointing 2018 kicked off with a shock fifth-place finish in the Six Nations - a championship that saw them beaten by Scotland, France and Ireland after they opened with wins against Italy and Wales. It was England's worst performance since the 1987 Five Nations.

An improvement at the very least. England will be underdogs for their opener against Ireland and how they fare in Dublin could set the tone for their campaign. France at home and a trip to Cardiff follow, so England are going to have to work hard for their points early in the championship.

Primed and ready to go 👊

Conor O'Shea's time as Italy coach has failed to bring about much of an improvement in their Six Nations performances and he may be under pressure in 2019 to show the fruits of his three years at the helm.

Stalwart Sergio Parisse has been a fantastic servant to Italy over the years and at 35 years old, with 134 caps to his name, he remains the figurehead of the national team.

Matteo Minozzi would have this category all tied up based on his breakthrough performance last year, but a serious knee injury has ruled out the full-back. His absence puts the pressure on Jayden Hayward or Edoardo Padovani to perform at 15.

Italy’s defeat to Scotland in their final match of 2018 means they have lost their last 17 games in the championship, the joint longest such run in Five/Six Nations history, level with France who lost 17 matches in succession from 1911 to 1920. Italy's run stretches back to 2015.

With injuries to key players there appears little hope Italy can break their torrid run and avoid going a full World Cup cycle without winning a Six Nations fixture.

A year ago @Federugby were three minutes away from beating @Scotlandteam 😬

Conor O'Shea wants to see his team rewarded for their efforts in the 2019 #GuinnessSixNations pic.twitter.com/bj6iT8v2aE