The clash between the Tigers and Sharks will mark a number of milestones as Sanderson's tenure as the Sale boss commences. Sam James will run out for the 150th time for the Manchester club while on the other side of the pitch, Leicester club captain Tom Youngs will raise the bat for a double ton of appearances in the stripped jersey. 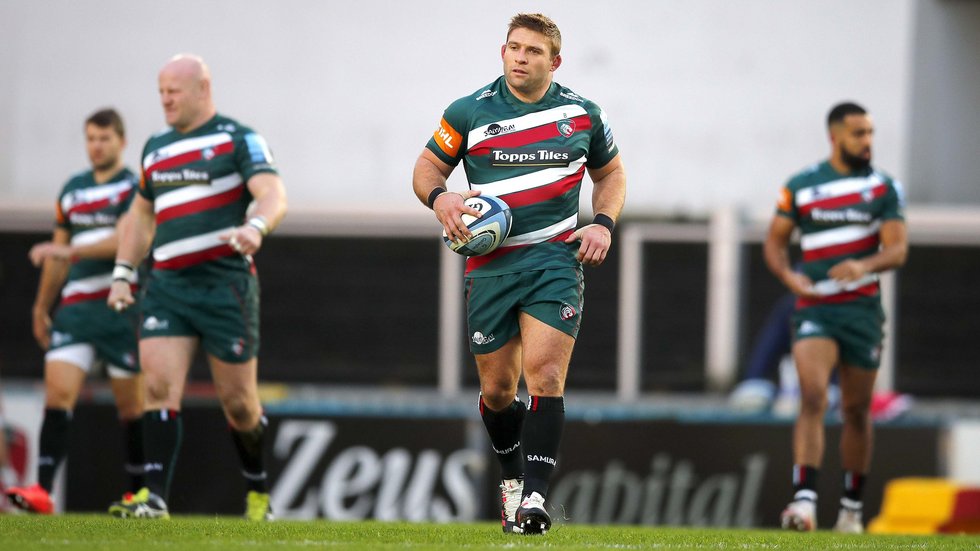 Youngs, a Tigers Academy graduate, made his senior debut in 2006 as a centre and moved to the front row in 2009 before being appointed as captain of the club ahead of the 2016/17 season. He will start his milestone match at hooker alongside long-time Leicester team-mate and fellow international Dan Cole who is included at tighthead prop. South African front-rower Luan de Bruin, who joined Tigers ahead of the current campaign, makes his first start for the club in just his second appearance.

Harry Wells and Calum Green are the locks for Friday with Hanro Liebenberg, Tommy Reffell and Jasper Wiese included in the back row of the pack. In his fourth appearance for the club, Premiership Rugby’s record appearance holder Richard Wigglesworth returns from suspension to start at scrum-half and is joined by Zack Henry at fly-half.

In the Leicester midfield, Matt Scott partners Matías Moroni, with Nemani Nadolo and Kobus Van Wyk included as the wings. Freddie Steward, who is the starting back-line’s most experienced Tigers player with 17 senior appearances, is at full-back.

Argentina international hooker Julián Montoya is in line for his club debut after being included among the replacements.

Sam James returns to the centres after a stint at fullback for the club and is joined in an all-English centre pairing by powerhouse Sam Hill. James’ younger brother Luke makes his first start of 2021 at fullback in an experienced back three alongside Marland Yarde and Byron McGuigan, with the Scotland winger making his first start for the Sharks since picking up a hamstring injury in August last year.

Up front, Bevan Rodd continues to impress at loosehead prop and makes his 5th consecutive start for Sale alongside Akker van der Merwe and Will-Griff John in the front row. Cobus Wiese heads to the east midlands with a little more at stake than the rest of the squad as he goes toe to toe with his older brother Jasper for the first time in their careers. The South African lines up alongside fellow countryman JP du Preez in what has become a familiar second-row pairing for the Sharks so far this season. Jono Ross captains the side from blindside flanker and joins Sharks’ academy graduates Sam Dugdale and Josh Beaumont in the back row at openside and number 8 respectively.

Faf de Klerk and AJ MacGinty start in their ususal half back roles after a string of impressive performances together in the Premiership so far this season. 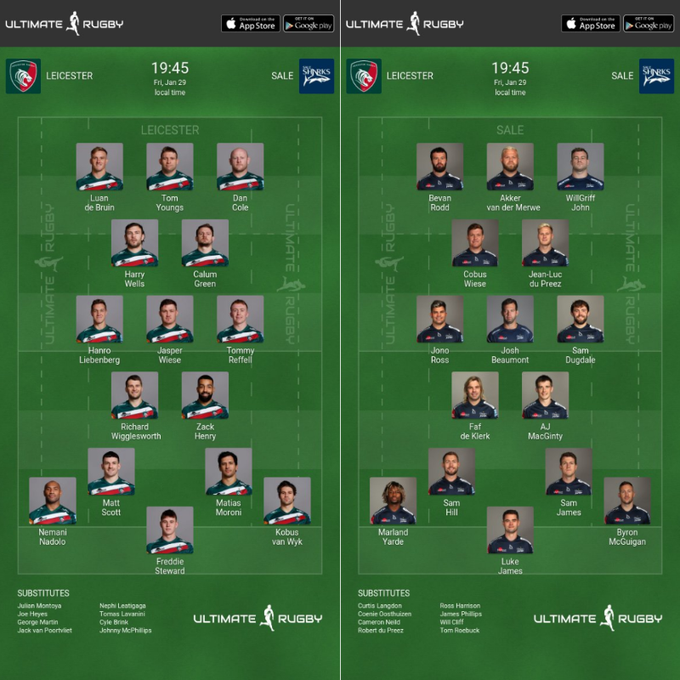 Watch the coaches had to say ahead of the clash:

“The team we have picked for this match need to deliver an 80-minute performance. What we want to do on Friday night is bring smiles to the faces of the Leicester Tigers supporters, who we wish were with us in the stands, cheering us on." - Steve Borthwick

Discussing the opposition for Round 7, Borthwick said: “They have got World Cup winners in their team, have invested heavily in their team and have now appointed a new coach in Alex Sanderson. Whenever you play against Sale, the game is very, very competitive.”

Ahead of his first game in charge of the Sharks, Director of Rugby Alex Sanderson was full of praise towards a rejuvenated Leicester Tigers but believes the squad he has inherited has all the qualities required to win this weekend, He said: “Borths (Steve Borthwick) is getting the Tigers back to where they used to be and they are becoming extremely difficult to beat and without a shadow of a doubt, it’s going to be a physical encounter on Friday. We need to make sure we match the overall intensity that Leicester have been showing over 80 minutes recently, they compete at every opportunity and we need to be prepared for that.”