Leinster marched into their fifth Champions Cup final as they dispatched Toulouse 30-12 in the semi-final at Aviva Stadium.

Leinster put on an ultimate team performance with the entire team barely putting a foot wrong in a clinical performance.

Here are our player ratings from the clash: 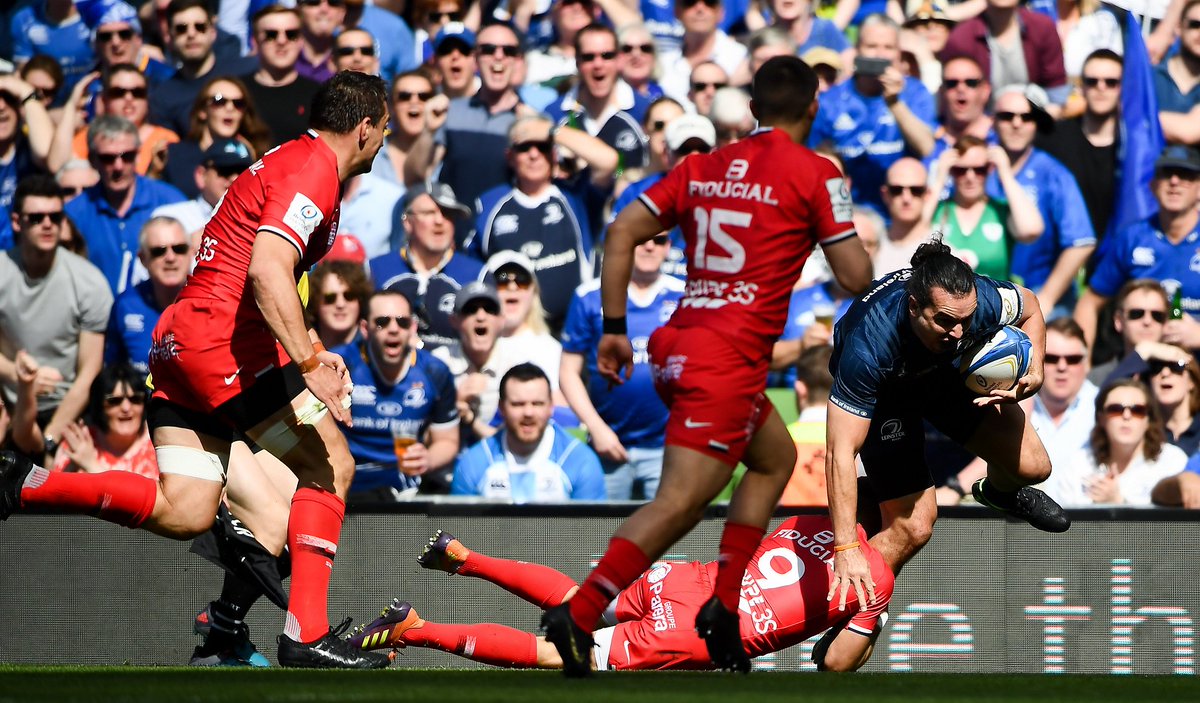 Solid outing from the Leinster loosehead, who front up against Charlie Faumuina. He also picked up a try assist and made 9 tackles.

Left the field early in the first half injured.

Put in a tidy shift off the bench in place of Sean Cronin making 10 carries and 7 tackles, did miss his jumper on one occasion.

Scrummed well, tackled well, had a few nice touches and carried 11 times, despite struggling to gain much ground.

Ran a tidy shift at the lineout and ran some promising lines but was ultimately shut down. Got stuck in on defence making 14 tackles.

Another workman like performance, hitting double digits in the tackle and carry departments, like usually does. Got beaten twice by the slick footwork of the Toulouse backline but otherwise was strong throughout.

Outanding game from the former Wallaby. Fardy linked up with the backs well and hit the rucks with real power providing his side with superb front foot ball. Finished off a nice try when Toulouse looked dangerous.

Come up with lovely offload for the opening try of the game. Got over the ball well at ruck time and was all over the pitch making 12 carries and 14 tackles. He also came up with a try assist.

Conan topped the tackle count for Leinster with 18 and was one of thier best attacking forwards gaining 29 running metres from 9 carries.

Kept the Leinster attack ticking over with his crisp passing and dived over for a crucial try from a maul. His box kicks were off once or twice but otherwise another solid performance.

Controlled the game for just over an hour on his return from injury. Linked up well with his fellow backs and missed just one shot off the tee. His trademark loop and decision making was superb. Was named man of the match for his efforts as his team surged to another final.

A powerful performance from the former Moari All Black as he gained 50 running metres beating 6 defenders. Lowe could quite easily have scored a hattrick had his second try not been ruled out for obstruction and had he controlled the ball in contact in the latter stages of the clash.

Excellent on defence came up with a nice charge down and kept Toulouse on the back foot early on. Henshaw was superb in shutting down Ahki which starved Guitoune of any attacking ball with the only big fault in his game being the yellow card that almost cost Leinster a penalty try.

Worked superbly well with Henshaw to starve Guitoune of possession and shut down numerous dangerous attacks by Toulouse. Ringrose manged to beat 4 defenders with ball in hand and shifted the ball wide well.

Picked off a Dupont skip pass in the latter stages of the game, right on his own try line, which proved to be a massive moment in the game. Looked dangerous everytime he touched the ball but Toulouse shut him down quickly.

Made all but one of his tackles.

Another calm and poised performance by the veteran fullback who topped the running metres in the match with 58. Kearney did not look out of place the entire game making all of his attempted tackles and was a rock at the back for his side. 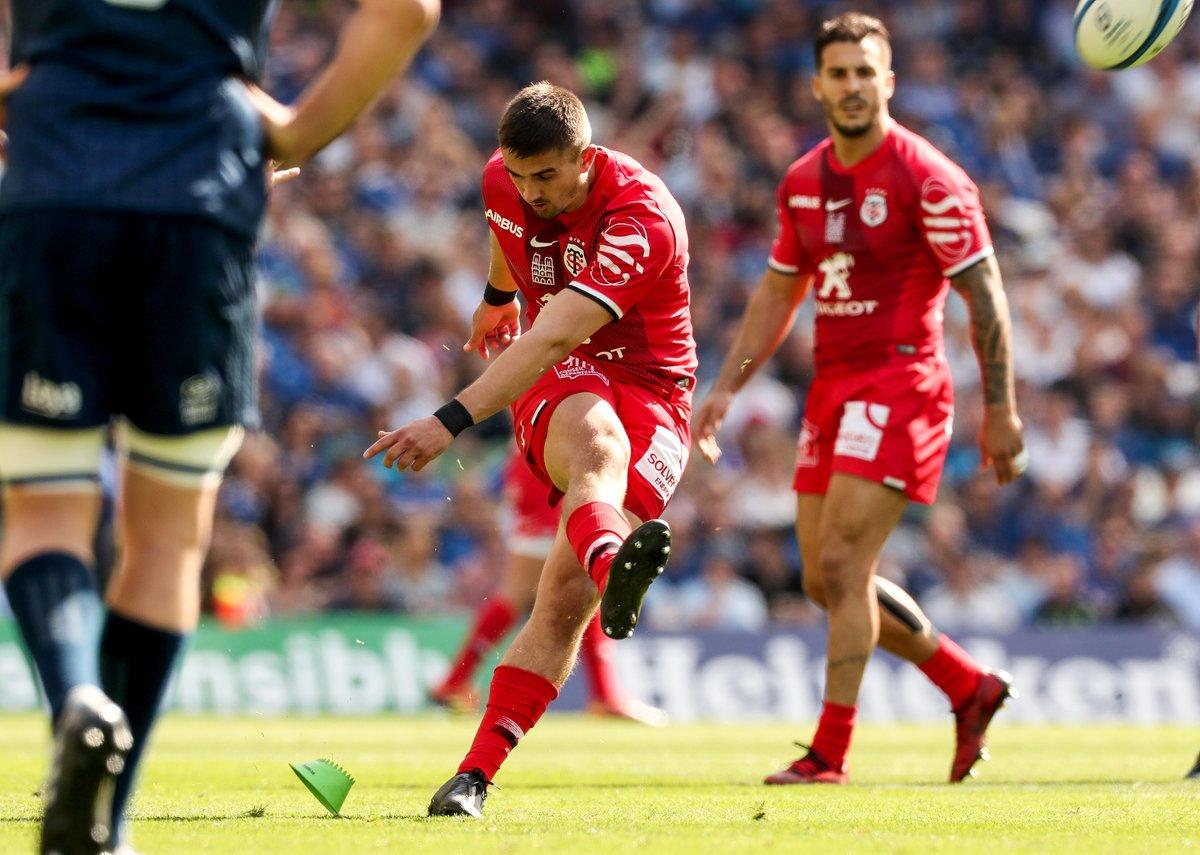 Battled well with Furlong in the scrums and made all of his attempts tackles but didn't make any impact on attack with Toulouse as they failed to generate front football while he was on the field.

Started the game brightly with some nice carries and strong hits but faded as the game went on and was taken off after the hour mark.

Solid in the scrum against tough Leinster pack and got through some work making 9 tackles and 4 carries but failed to make as much of an impact as he has in recent games.

Struggled a bit with the physicality of the Leinster pack, concede a silly penalty and struggled to get front football with his carries. Was taken off before the hour mark.

Gave a silly penalty away and was rightfully sent to the sin bin. He looked to make up for his mistake with his work on defence making 21 tackles, without missing.

One of Toulouse's busiest forwards landing numerous thumping hits and carried the ball with real intent. He did, however, give away a few silly penalties including one for a hit off the ball on James Tracey.

Aggressive in the rucks and with his tackles but felll off the pace of the match as Leinster took control and was taken off shortly after half time.

Unusually quiet game for Kaino as he went about his work at the rucks and in defence making all 10 of tackles before leaving the field shortly after half time.

Failed to produce a similar type of attacking threat that force Ugo Mola's hand in selecting him at scrumhalf. His passes were crisp but he didn't test the Leinster defence enough.

An average performance by Dupont, by his usual high standards. His support play was world class, as per usual, but he did have some head stracthing moments at both scrumhalf and flyhalf. He threw a terrible pass straight into touch early in the second half with Toulouse looking threatening before throwing the intercept pass with his side just two metres short of the line as Toulouse looked to fight back.

Dupont was outplayed by the Irish veteran but will learn a lot from this game.

Another shinning light in Toulouse's defeat. Kolbe tested the Leinster defence with every touch of the ball and was unluckly not to get a break and punish the Irish Province for his efforts. He beat 7 defenders and made 23 running metres. Defensively. he was solid against the powerful James Lowe, albeit he did get brushed off when Lowe went over a try that was eventually dissallow. He also made a thumping hit on McGrath in the second half with the scrumhalf darting for the line to score.

Ahki showed off his neat footwork beating 8 defenders but struggled to gain ground as Henshaw and Ringrose shut the Toulouse man down, restricting his impact on the game. Leinster's defensive line made things difficult for Ahki as he struggled to release his inform centre partner Sofiane Guitoune.

Struggled to get into space and punish the Leinster defence as he has in recent games, was covered well by Henshaw and Ringrose who denied the Frenchman the space he needed. He did manage to rack up 44 running metres, mostly from open play from kicks, and completed three offloads.

Another night to forget for the French winger was shown up by Larmour and Lowe. He saw very little ball and when he did he did not do much with and could have put Leinster under considerable pressure with a chip and chase but the ball sliced off the side of his boot.

Excellent off the tee, converting a clutch penalty early in the second half but didn't really get going on attack and was replaced by Maxime Medard before the hour mark.