Marchant to wing it for Blues as Ioane takes centre role


The pair has 85 caps for the Blues between them, with Faiane returning to the starting line-up after coming off the bench in last week’s win over the Bulls, while Ioane has made a speedy recovery from a fractured hand to form an exciting midfield combination. It is the only significant change from the team that played strongly in Pretoria last weekend, with England international Joe Marchant making his fifth straight start, but moving to the right wing, while Sam Nock gets his first start with Jonathan Ruru to come off the bench.


The only change in the pack sees Kurt Eklund get his second start at hooker with James Parsons returning to New Zealand with a shoulder injury, with exciting North Harbour prospect, Luteru Tolai coming into the reserves as a replacement. There is a strong look to the bench, which made a real impact last week, with All Black Ofa Tuungafasi, newcomer Aaron Carroll and the experience of Blake Gibson, Matt Duffie, Harry Plummer and Marcel Renata.

Blues coach Leon MacDonald said the side, largely unchanged from last week, need to produce another 80-minute performance against the strong Stormers combination.

“They are unbeaten this season and pose threats across the park. We need to concentrate on our core roles, securing set phase and winning the battle at the breakdown,” said MacDonald.

“We were patient last week and stuck to our game plan which was crucial. Clearly we need to be more disciplined because we can’t play for 20 minutes with one player short like last week.

“We have had a good week in preparation at altitude and hope we can reap some rewards for that coming backdown to sea-level at Cape Town.” 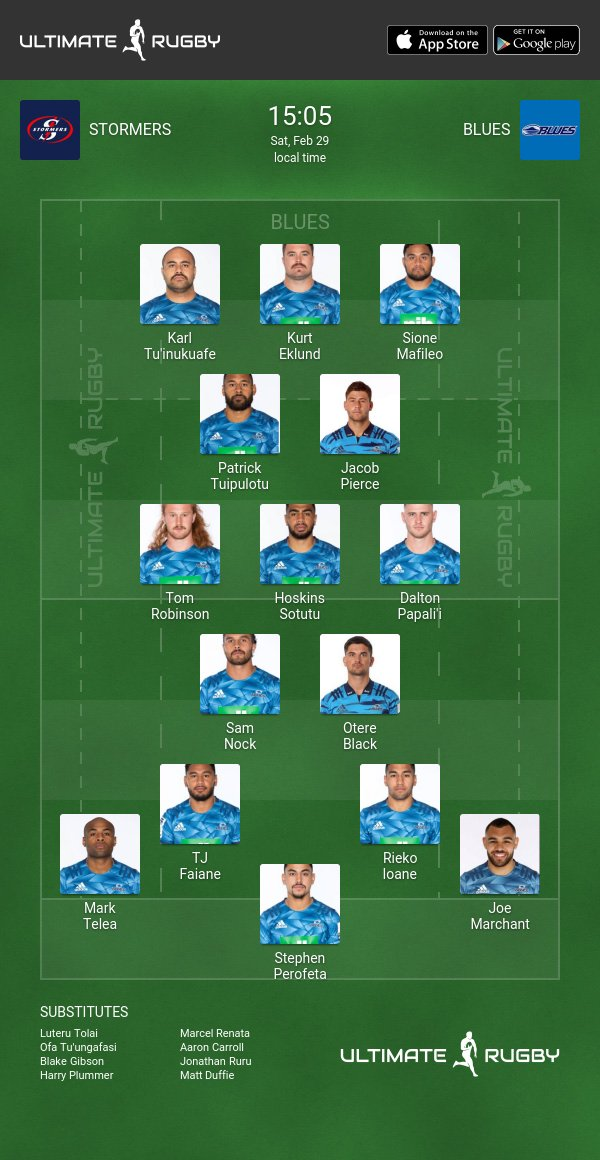