Japan head coach Jamie Joseph announced his 34-man squad for the game against a World XV and tests against Australia, Tonga and France, with Toshiba Brave Lupus forward Michael Leitch leading the team in their upcoming four matches.

Harumichi Tatekawa was named as a co-captain but is set to miss the games against the World XV and the Wallabies after picking up an injury playing for Kubota Spears last weekend.

Sione Teaupa is one of six uncapped players in the squad and the only back yet to play test-match rugby. 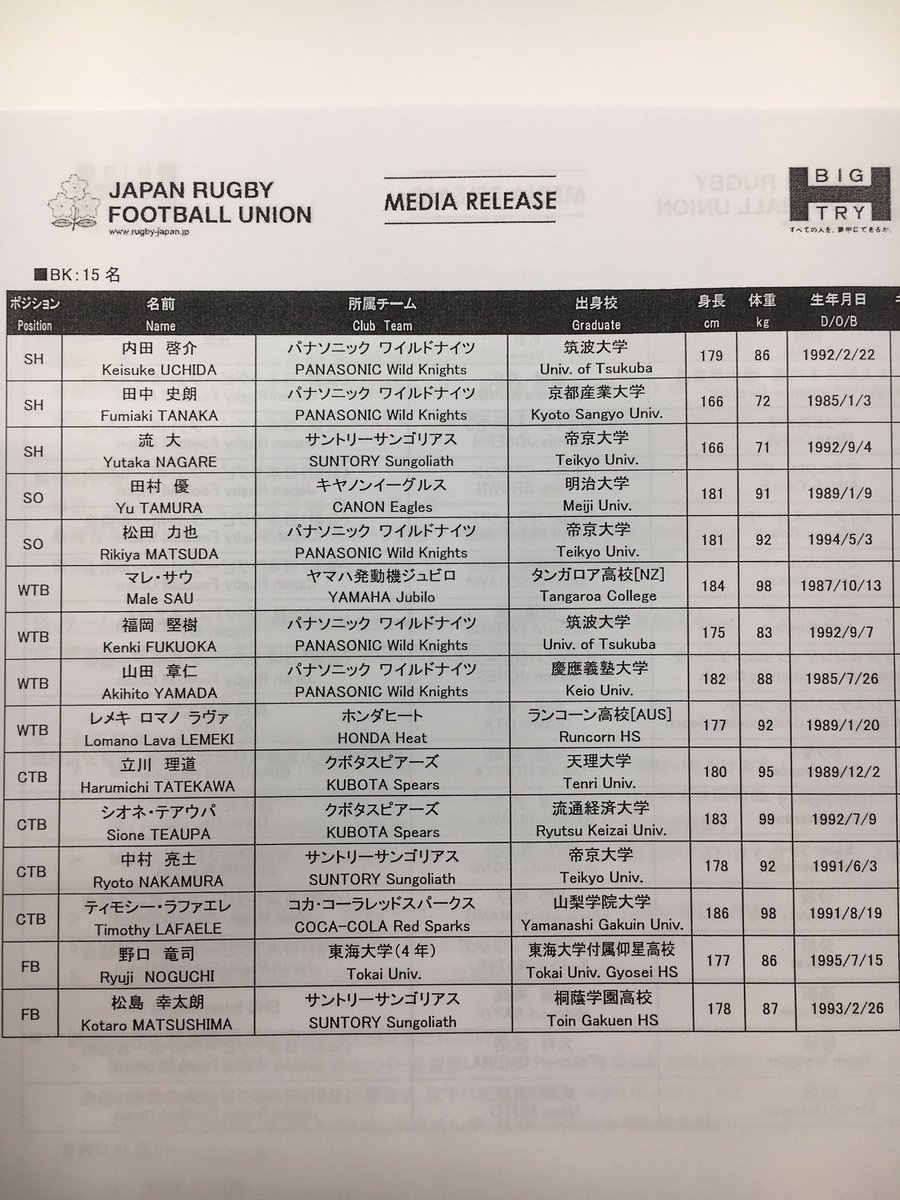 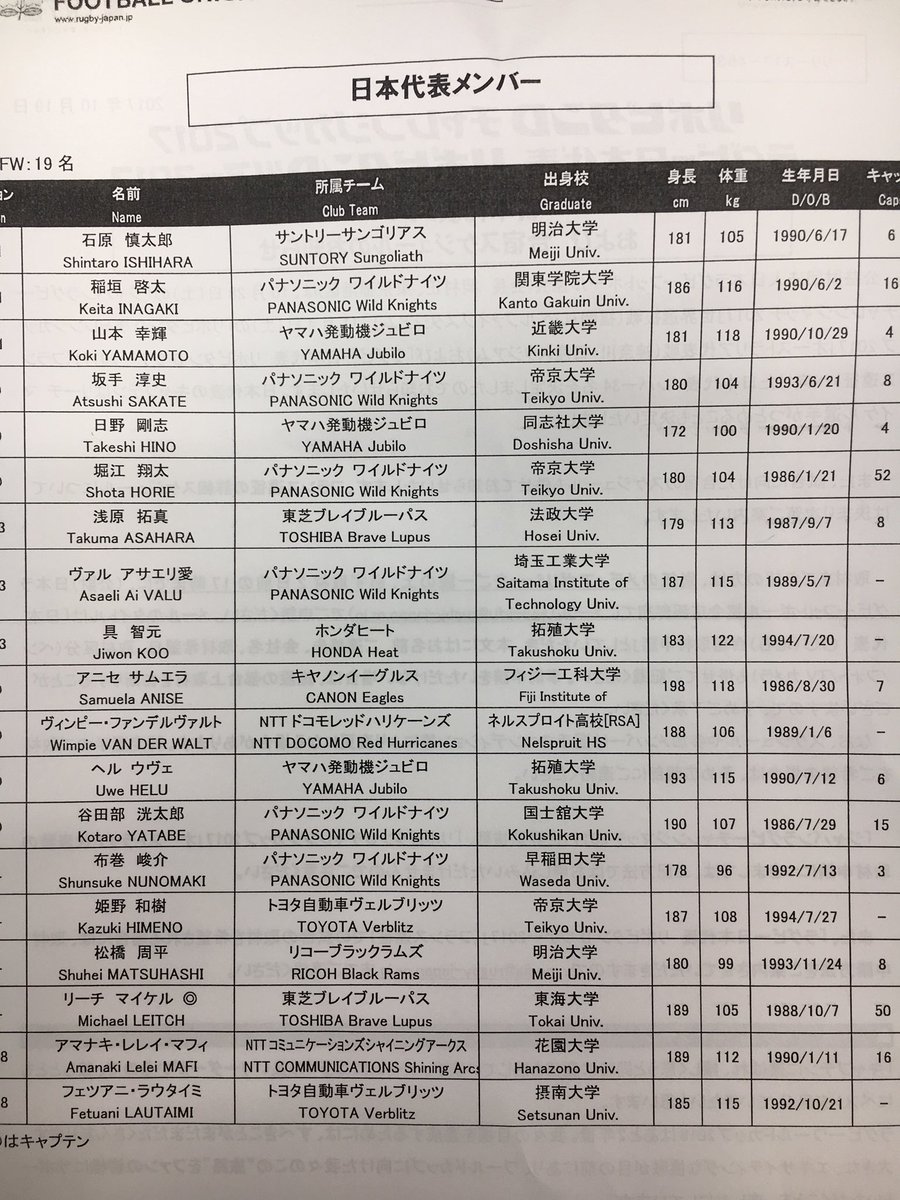 The team then travels to France where they will play Tonga on Nov. 18 at Stade Ernest Wallon in Toulouse and France a week later at the U Arena in Nanterre, on the outskirts of Paris.