Hogg's wild nights in SA and prediction for the Boks

Scotland fullback Stuart Hogg has illustrated the events which led to him passing out in the airport departure lounge at the conclusion of the 2021 British & Irish Lions series in South Africa.


The Lions lost the series 2-1 to the World-Champion Springboks and Hogg gained selection for the first and second Tests before making way for Liam Williams.

Speaking on the popular House of Rugby podcast, Hogg said:

"Hopefully my dad's not listening to this but Hamish Watson and I had a conversation yesterday and, as you'll be aware, the last week of a Test series when you're not involved, you're proper bingers. 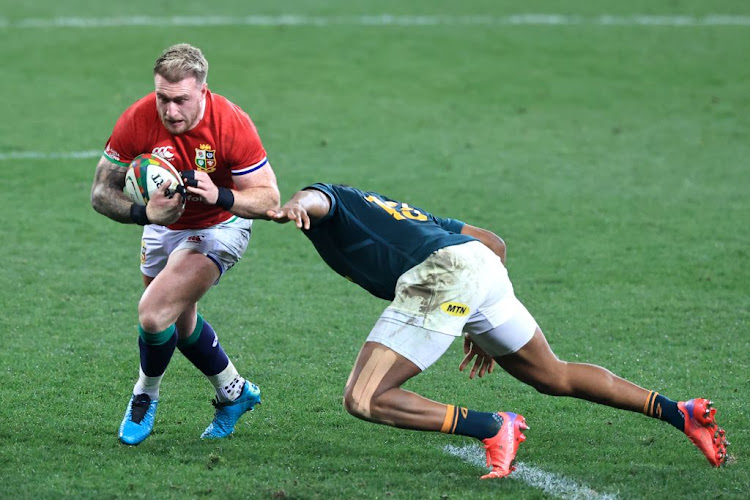 "So, Hamish and I worked out that eight of the last 10 days we've had a couple of quiets, you could say, so my body has felt a lot better than it does at the minute. I feel like I played a game last night.

"But it is great to relax and unwind and make more memories off the field.

"In terms of who's been good on the piss and who let themselves down a little bit, I tried to be the big man on the Saturday night and go all night and see how long I could go through on the Sunday. I managed to keep going on the Sunday and then the boys started to get out of bed on the Sunday afternoon. We were leaving to fly home and I'm flat out in the departure lounge sleeping. I was devastated.

"The boys were going on with the party and I'm flat out sleeping. I wish I had a pound for every time someone has sent me the photo. It was great craic, though.”

Hogg went on to predict that the Boks’ run of victories would halt in the northern hemisphere on their end of year tour.

"I think it is almost a guarantee that one of the northern hemisphere teams will knock over the Springboks,” he said. “I think it is the team that is actually going to play a fair bit of rugby against them.

"We know what they are about, they are very physical, they have an aerial threat and their defence shuts down massively, but at times when you chucked it wide or took a higher risk we were getting better outcomes."