Highlanders Make Six Changes From The Side That Beat The Crusaders

Highlanders Head Coach, Tony Brown, has made several changes to his side to play the resurgent Chiefs on Saturday in Dunedin.

In the forwards, Josh Hohneck rotates with Siate Tokolahi and James Lentjes with Billy Harmon. Kazuki Himeno maintains his spot at number eight after an energetic performance against the Crusaders. The evergreen, Bryn Evans, will lock the scrum with Pari Pari Parkinson and Hugh Renton will again be the sixth forward on the reserves bench.

In the backs, Aaron Smith will co-captain the side and his back up at halfback will be Kayne Hammington who replaces the unlucky Folau Fakatava. Scott Gregory who had a solid performance on the wing last week will move to the midfield to replace the injured Thomas Umaga-Jensen and he will be partnered by Patelesio Tomkinson at centre. Ngatugnane Punivai is over his hamstring issue and takes his place on the right wing and Josh Ioane returns to the reserves. 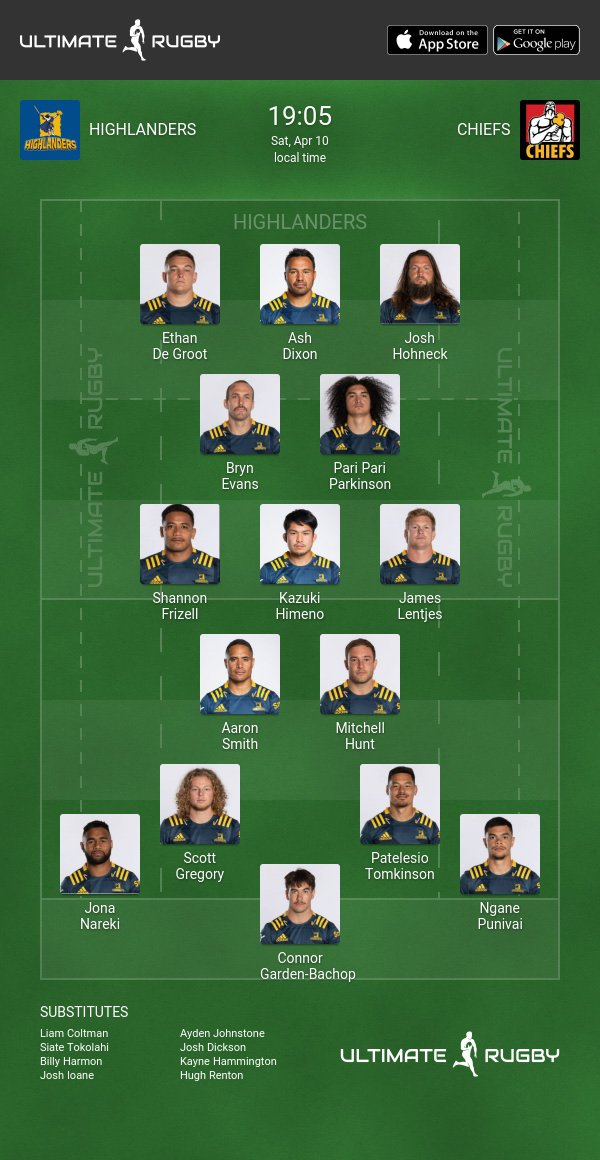