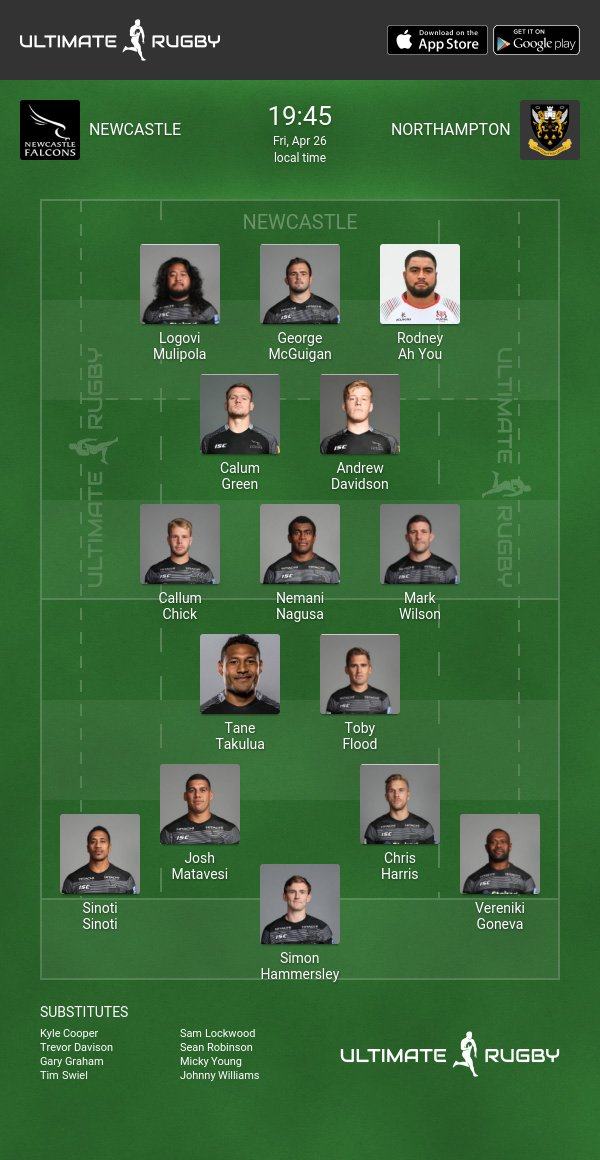 Fiji No 8 Nemani Nagusa returns for Newcastle Falcons on Friday night as they host Northampton Saints in Premiership action.

The only other change to the team for the Kingston Park kick-off sees Callum Chick coming into the back-row, John Hardie missing out with the shoulder injury he picked up during the Falcons’ last game against Leicester Tigers.

Mark Wilson slides across to the open-side flank, his side looking to extend a run which has seen Newcastle winning their last six in the league against the Saints, Wilson scoring an added-time winner on December 1 at Franklin’s Gardens. 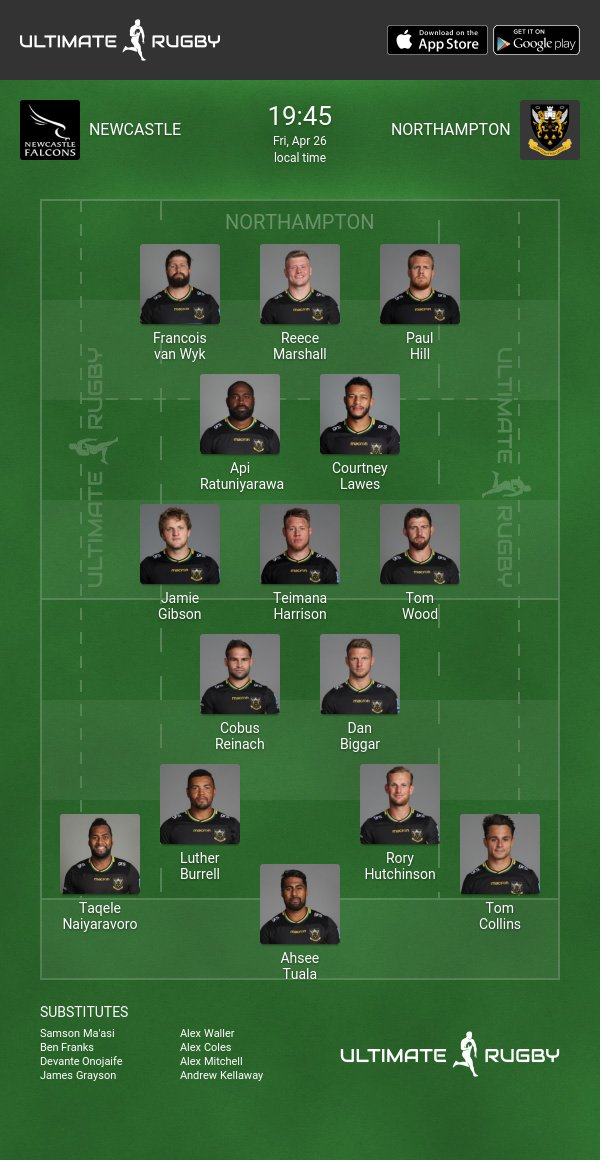 The men in Black, Green and Gold travel up to Kingston Park to take on Newcastle Falcons in search of their third straight away victory in the league.

Saints will be hoping to avenge a narrow last-gasp defeat to Falcons at Franklin’s Gardens back in December, with the race for knock-out rugby hitting fever pitch with just three rounds of the regular Gallagher Premiership season remaining.

One of only two changes to the Northampton side that beat Harlequins 20-19 a fortnight ago at Twickenham Stoop, winger Collins replaces the injured George Furbank, and lines up in the back three alongside Taqele Naiyaravoro and Ahsee Tuala.

Meanwhile Burrell comes into Saints’ midfield and plays inside Rory Hutchinson, with Dan Biggar and Cobus Reinach continuing in the half-back berths. 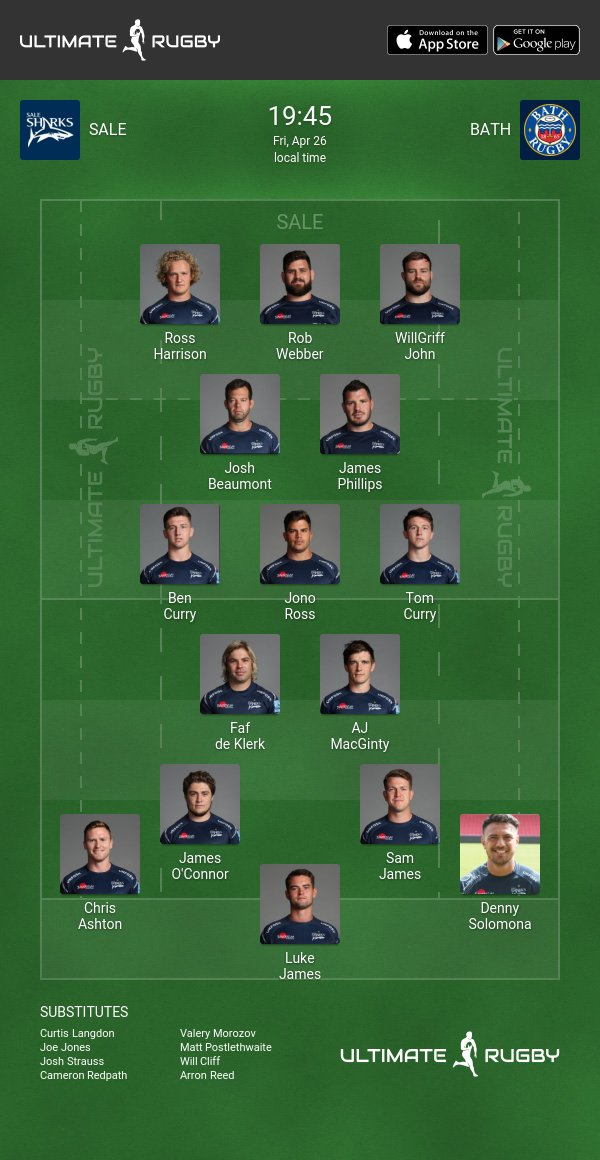 Steve Diamond makes no changes to the starting line up that travelled to La Rochelle for last weekends European Challenge Cup Semi-FInal.

The back row trio of Ben Curry, Tom Curry and Jono Ross that performed so well in France all keep their places at 6, 7 and 8 respectively, whilst Josh Strauss moves onto the bench in place of Sam Moore. 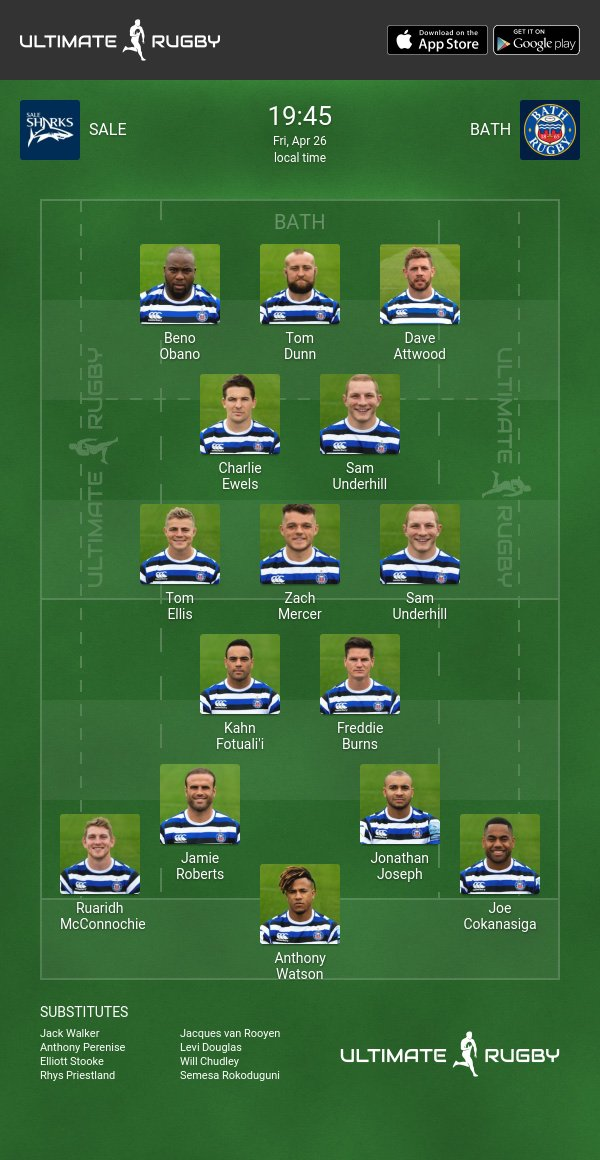 Watson starts at full-back and is joined in the back three by Ruaridh McConnochie and Joe Cokanasiga. Jamie Roberts lines up alongside Jonathan Joseph in the midfield, with Kahn Fotuali’i and Freddie Burns continuing in an unchanged half-back partnership.

Beno Obano and Max Lahiff line up either side of Tom Dunn in the front row, whilst Charlie Ewels captains the side from the second row.