Rassie Erasmus will be without the services of Francois Louw and Willie Le Roux for the final two rounds of the Rugby Championship against Australia and New Zealand.

Recently we highlighted why the exclusion of Louw could be beneficial for the player and teams involved.

Le Roux, on the other hand, has started all but one of the Springboks matches this year and with Warrick Gelant still nursing an injury Erasmus has a bit of a selection headache on his hands.

We take a look at some of his options:

Erasmus did state that he would test the youngster at fullback during the competition and might hand the 20-year-old his first test start in more familiar conditions than that of New Zealand or Australia. 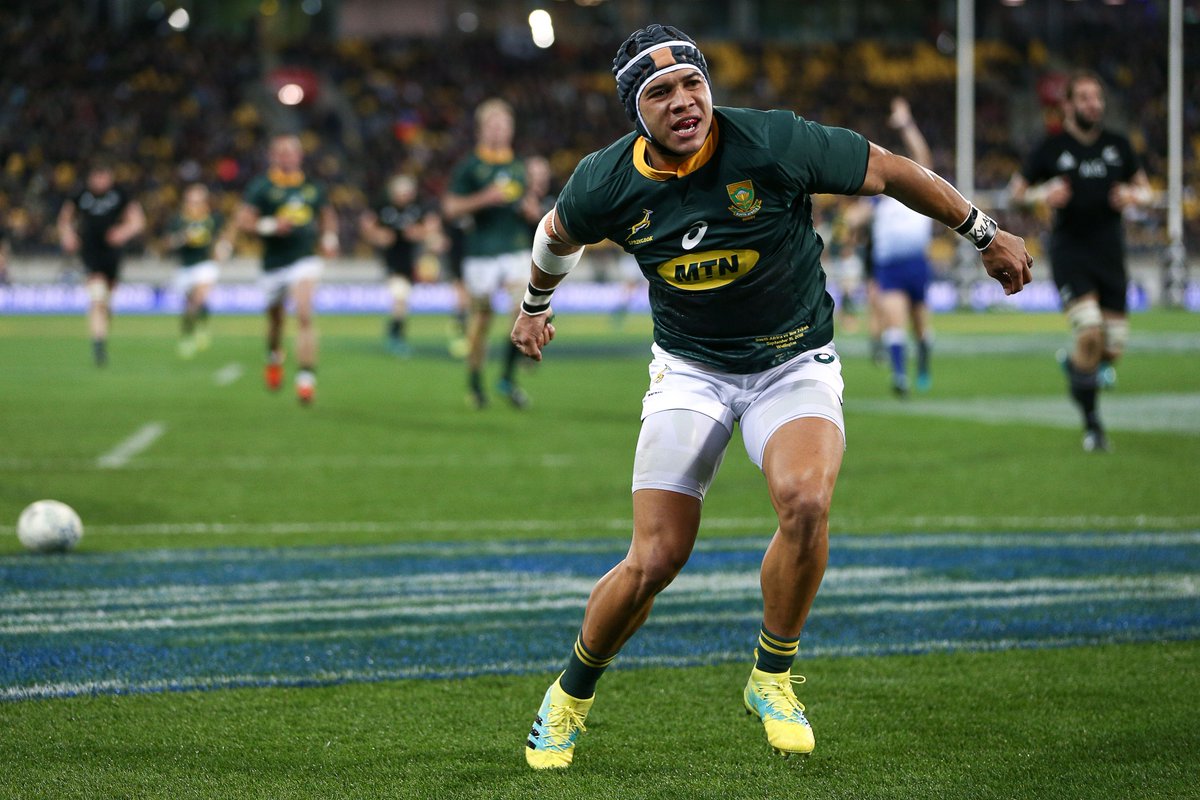 Kolbe scored his first test try off the bench against the All Blacks in Wellington and has played a lot of his rugby in South Africa at fullback.

It is unclear whether Erasmus sees the pocket rocket as an impact player or genuine test starter but Kolbe would be reasonably comfortable at the back for the Boks.

Kolbe's ability in the air might be one of the biggest concerns for playing Kolbe at fullback, especially for the test at Loftus against the All Blacks.

Bosch hasn't been involved with the Springbok squad since the June Test against Wales in Washington but Erasmus could bring the youngster in from the cold for the final two matches of the competition.

The Sharks fullback has a massive boot that would be a real asset at Loftus and knows the conditions in Port Elizabeth well.

Erasmus was critical of Bosch's defence and whether he has improved enough to earn a recall is another question.

Coetzee would a recall out of relative obscurity having been part of Erasmus' alignment camps but is yet to be included in a final squad since Erasmus took over as the Boks coach.

The Lions fullback is a relatively safe option for Erasmus and is the player with the most test experience, in the position, mentioned.

Finally, Jesse Kriel is another outside shout for the jersey. Kriel has played a lot of his rugby at fullback for the Bulls but has since become more of an outside centre.

Kriel started on the wing against the All Blacks last week before moving into the midfield to cover for Lukhanyo Am - who left the field with an injury.

Am's injury has ruled him out for the remainder of the competition with Kriel likely to fill the 13 jersey in his absence.

Kriel could play at fullback with Lionel Mapoe coming back into the side at 13 but it is unlikely.