The opening game of round two of Super Rugby Aotearoa will see an in-form Blues side make the trip to Waikato to face Warren Gatland's Chiefs with tickets selling fast with an anticipated crowd of well over 20,000.

Bryn Gatland sensationally claimed the family bragging rights in round one as his drop goal gave the Highlanders a 28-27 win over the Chiefs. Meanwhile, the Blues powered to a 30-20 win over the Hurricanes in the second Super Rugby Aotearoa match at a sold-out Eden Park on Sunday.

Chiefs Head Coach Warren Gatland has tweaked his side for the Chiefs' first home game of the season. Lock Naitoa Ah Kuoi moves from the bench into the starting fifteen in jersey number five to combine with last week’s debutant Tupou Vaa’i, in the only changes to the Gallagher Chiefs forward pack.

All Blacks halfback Brad Weber will again captain the side in the absence of Chiefs and All Blacks Captain Sam Cane. Weber will combine with experienced first five-eighth Aaron Cruden at ten in the only change from last week’s starting backline, with Bay of Plenty’s Kaleb Trask providing cover on the bench.

The Chiefs' Line Up 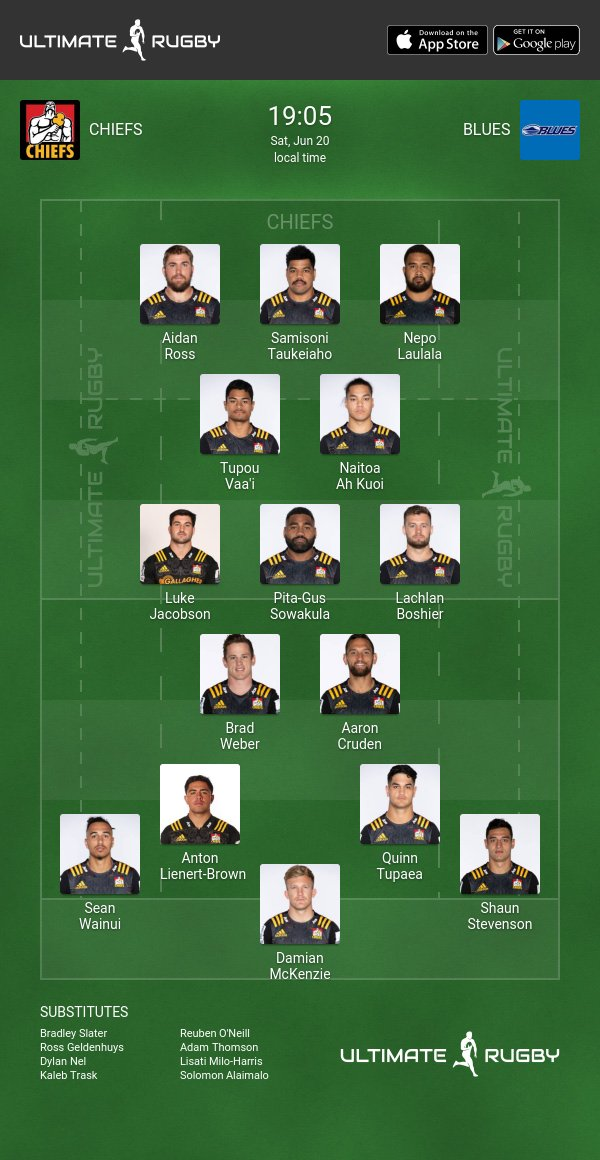 Blues' head coach Leon MacDonald has also adjusted his side for the clash with All Black loose forwards Dalton Papalii and Akira Ioane returning to the Blues starting line-up. They are the only changes from the team that accounted for the Hurricanes 30-20 in the first-round clash at Eden Park.

Papalii, who came off the bench last week, starts at No 7 while Ioane, with 68 Blues caps to his credit, comes in at No 6 replacing Blake Gibson and tom Robinson respectively, who are both unavailable due to injury.

The Blues have the same front five but are bolstered with the return of North Harbour’s Sione Mafileo, one of the standouts earlier in the season, who will earn his 50th cap off the bench. The trio of in-form Hoskins Sotutu, Papalii and Ioane will form a potent trio in what should be a pivotal battle at the breakdown.

The backline remains unchanged with Otere Black, who celebrated his blazer game for the Blues in the win over the Hurricanes, remains at first-five with Beauden Barrett again starting at fullback, to form an exciting back four with Rieko Ioane at centre and wins Caleb Clarke and Mark Telea.

The Blues' Line Up 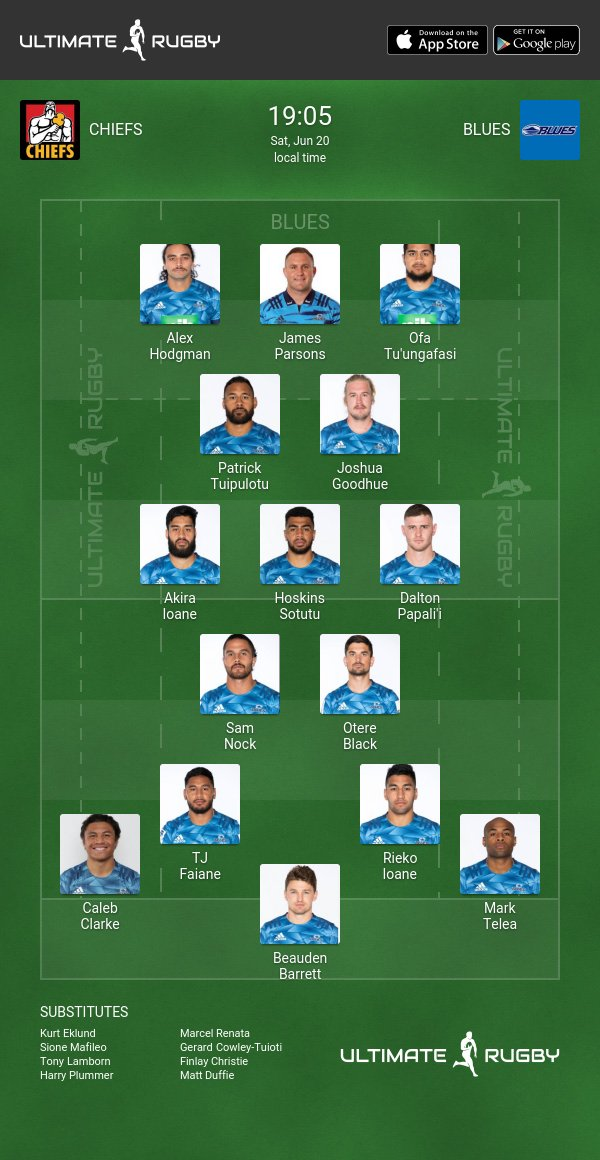 What the coaches say:

“Last week against the Highlanders we weren’t clinical enough and they capitalised on those opportunities we gave them. This week we need to be sharper and deliver a more dominant performance.

“The Blues have some great playmakers and will be a dangerous team. They performed well last week against the Hurricanes and will be hoping to back it up again.

“The guys are excited to run out to the field in front of what is expected to be a near capacity crowd. It is now up to us to deliver for them and show our thanks for their support,”  - Warren Gatland

“We know that last week was a good start but that we will need to get better if we want a positive result against the Chiefs,” said Leon MacDonald.

“The players who took the field will be better for that experience, especially understanding the importance of discipline at the breakdown and getting back into competition after so long off.

“We know that depth will be really important in this competition and we are fortunate to have the likes of Dalton and Akira to come into the starting line-up. Parts of our play were good last week but we must lift to another level against what we know is a very good and very physical Chiefs side as well as a healthy rivalry with our neighbours.”

Shaun Stevenson is set to play his 50th match for the Chiefs.

This will be the 34th Super Rugby clash between the Chiefs and Blues.

Aaron Cruden will earn his 96th cap for the Chiefs, he is the most capped Chiefs' player in the 23.

Who do you think will win the opening #SuperRugby Aotearoa game of the weekend?🤔 #CHIvBLU The clash is set to be broadcasted worldwide with the broadcasters including: