Miles Reid will make his 50th Bath Rugby appearance in the West Country derby with Gloucester on Saturday.

The 23-year-old homegrown flanker debuted for the Blue, Black and White in January 2018 and developed into an integral player in the club’s squad.

He is joined in the back row by England international Sam Underhill who returns looking to add to his six tries scored this season.

Underhill is just behind Will Muir on Bath’s try-scoring list. The wing has seven tries to his name and lines up in a back three alongside Tom de Glanville and Joe Cokanasiga – both of whom have five scores.

The remaining members of the XV started the match against Northampton Saints last time out.

Max Clark and Jonathan Joseph pair up once again in the centre while Ben Spencer and Danny Cipriani are at scrum-half and fly-half respectively.

The front row of Valeriy Morozov, Tom Dunn and Will Stuart continues as a trio for the fourth consecutive match. Mike Williams, Charlie Ewels and Taulupe Faletau complete the pack.

On the bench, there is a return for Ollie Fox who is in line for his first league outing since the win over Worcester Warriors in January. 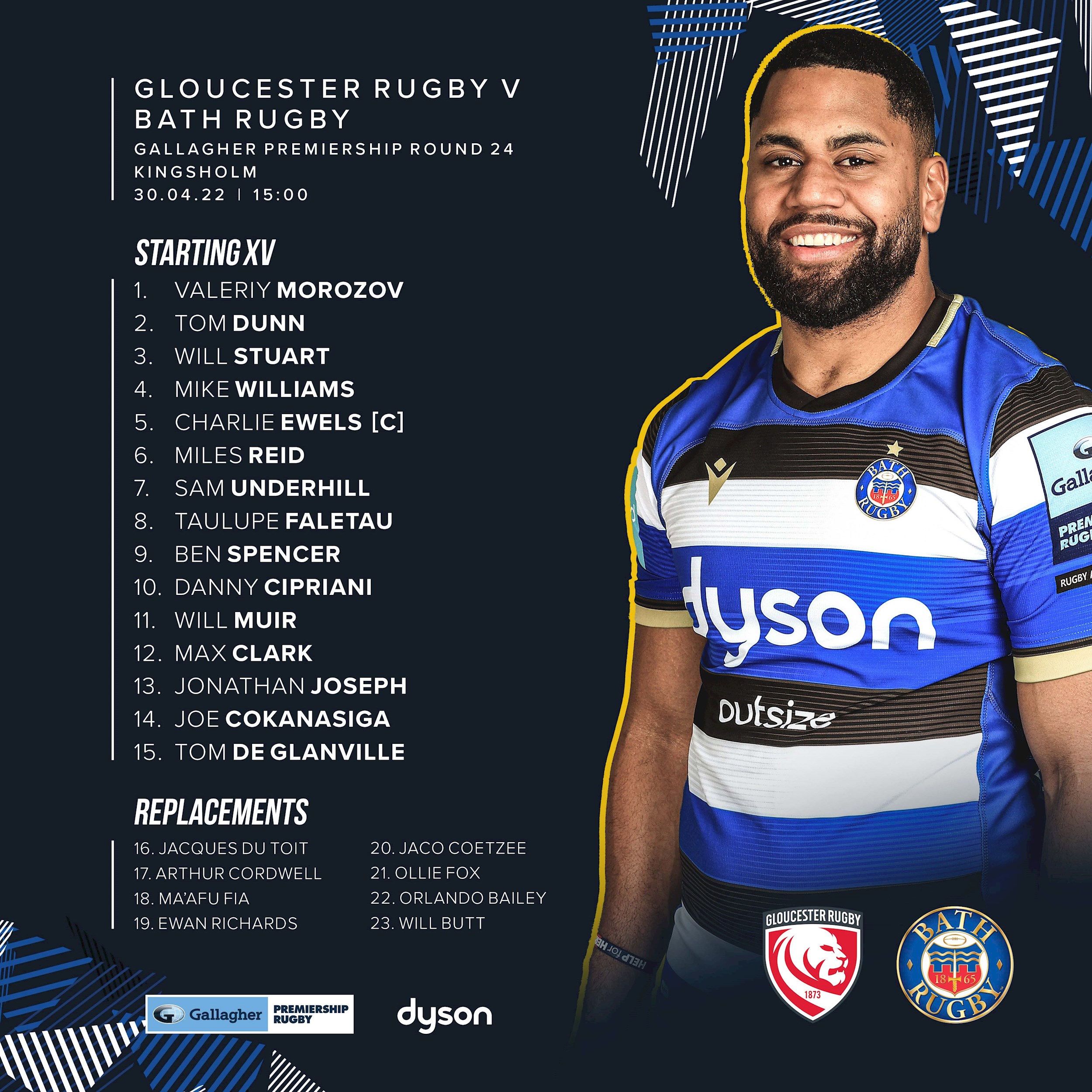