Captain Owen Farrell is named at inside centre with George Ford selected at fly half and Manu Tuilagi at outside centre.

Billy Vunipola will play in his 50th Test match for England with Sam Underhill and Tom Curry also named in the back row.

Jonny May will start on the left wing with Anthony Watson named on the right and Elliot Daly at fullback.

Maro Itoje and Courtney Lawes are named in the second row while Mako Vunipola, Jamie George and Kyle Sinckler make up the front row.

Jones said: “Preparation has been good this week after a solid win against Australia. When you get to this stage of the World Cup it is all about focusing on being in the moment and getting yourself physically right.

“The squad has approached the game well with real maturity. It has helped having players here who have been on the Lions tour and played against New Zealand. They have been involved in some of the biggest games in world rugby so this semi-final won’t phase them.

“New Zealand is a great team, they have an impressive winning record since the last Rugby World Cup. Like any good team, you have got to take away time and space from them you have to find areas you can pressure them. We believe we have identified a number of areas where we can do that.”

Jones added on Vunipola’s 50th cap: “It is great achievement for Billy to reach 50 Test matches for England and something that is very special for the team. I know his family will be very proud of him and even more so to play the game alongside his brother Mako.” 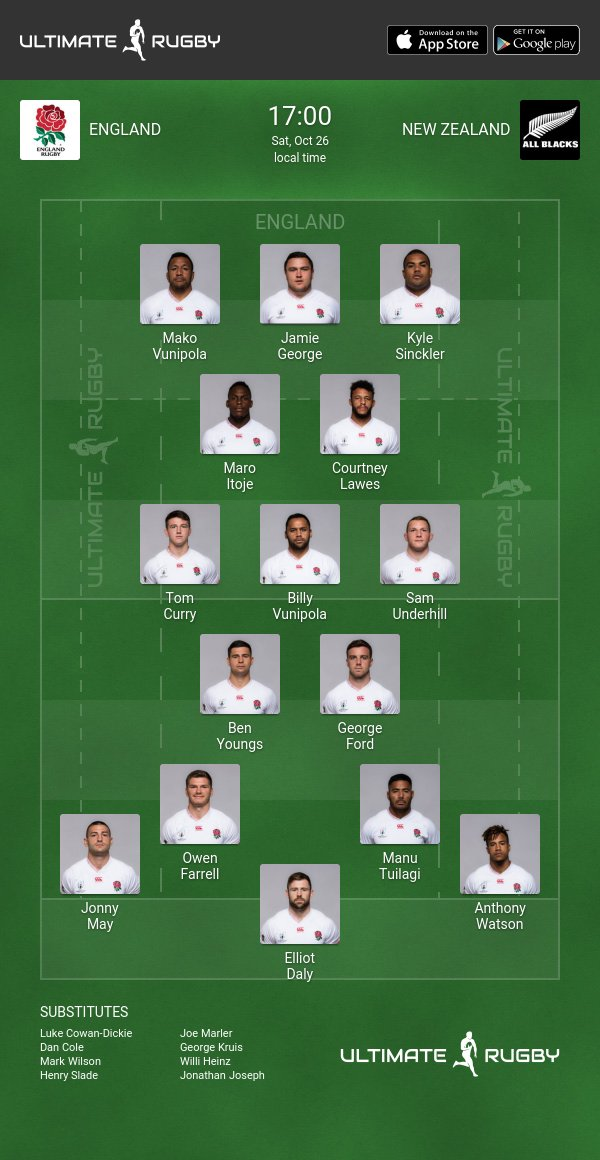