Saturday’s second quarter-final clash takes on a distinctly French air as the famous Stade Marcel Michelin plays host to what will surely be a monstrous battle in the shape of Clermont vs Racing 92.

The home side are deserved participants in the play-offs, having lost only a single game in the run-up thereto- against Ulster in Round 2, a game which they avenged in the fifth round, knocking over the Irishmen 29-13.

Apart from their second round defeat, Clermont has been in impressive form, carving their way through opposition in resounding fashion, including nailing two scores above 50 points to the wall (against English sides Harlequins and Bath).

While their defence is not impenetrable, their attack is varied, slick and imaginative, the backline having developed a penchant for the kick-pass technique which has served them well this season.

One particular player to watch is 25 year old, Fijian-born Alivereti  Raka. At 1.89m and 95kg, the winger has proved himself to be a lethal option out wide.

One does not simply stop Raka. With his explosive, powerful and dynamic running skills, defences are put to challenging tests whenever the ball rests in his hands. As has been the case all season, he will be a significant factor over the 80 minutes.

Racing 92 have enjoyed an almost equally impressive run of form up to the play-offs with four victories, one draw and one loss over the six rounds.

Their loss was of a small margin as they went down 27-24 to Saracens in Round 6 while Round 2 saw them draw to Munster 21-all.

It seems that Racing’s most recent acquisition, Wallaby international Kurtley Beale, will not feature in this game due to disciplinary reasons. There are others, however, who are expected to put on a show.

Keep an eye on the enigmatic figure in Racing’s fly-half channel. Over the course of his career, Finn Russell has risen as an attacking master class with a seemingly infinite number of strings to his bow. If the Clermont loose-forwards are not able to keep Russell under wraps, Racing’s attack may blossom in a manner that Clermont may find difficult to contain.

With all things considered, this is shaping up to be a cracking celebration of some of the finest France has to offer.

For this Champions Cup quarter-final, Franck Azéma can count on the returns of Etienne Falgoux and Kotaro Matsushima but also of Apisai Naqalevu who will start in the center alongside Wesley Fofana.

For the rest, Morgan Parra will pair up with Camille Lopez to continue this European campaign. 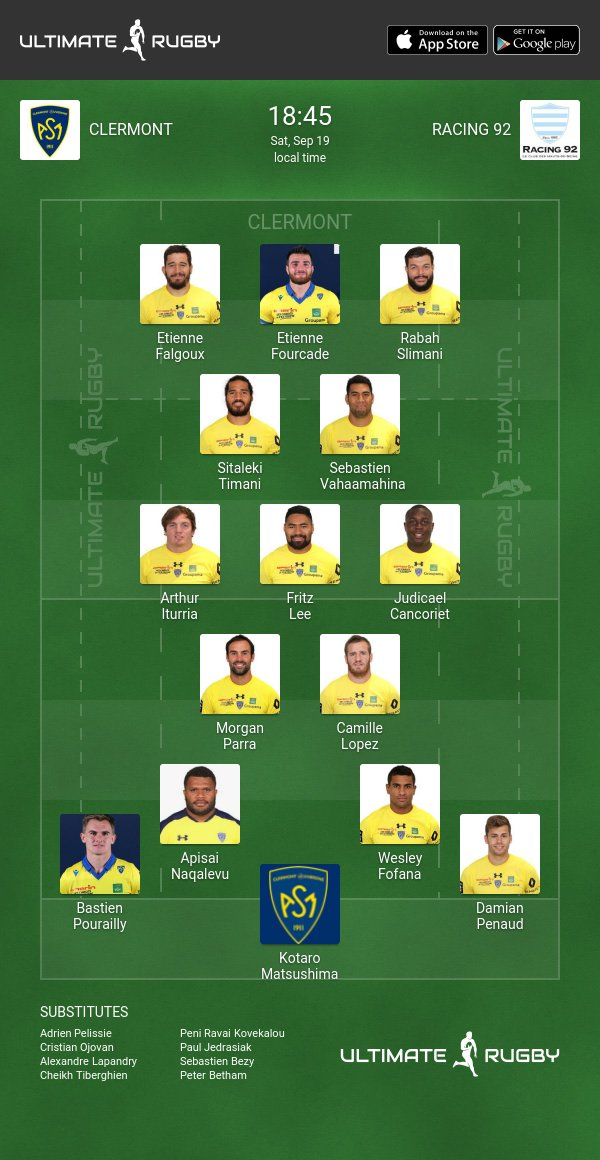 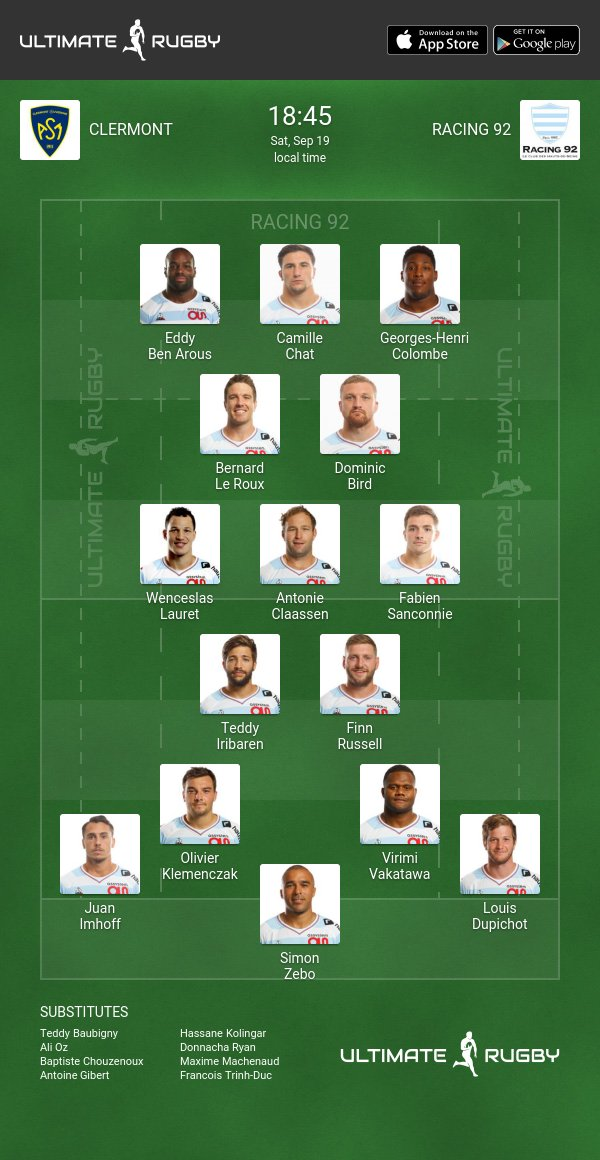