Eddie Jones has named his England team to face France in the Autumn Nations Cup Final on Sunday.

In the only change to the team that beat Wales at Parc y Scarlets last weekend, Anthony Watson comes in at right wing. Jonny May continues at left-wing and Elliot Daly is at full-back. Captain Owen Farrell stays at inside centre and Henry Slade at outside centre, while George Ford is at fly half and Ben Youngs at scrum half.

Joe Marchant returns from injury and is named as a finisher alongside Luke Cowan-Dickie, Ben Earl, Ellis Genge, Jonny Hill, Max Malins, Dan Robson and Will Stuart. England reached the final after topping Pool A with wins over Wales, Ireland and Georgia.

Jones said: “We’re really looking forward to this final, playing France and having another chance to win a trophy this autumn.

“We’d like to congratulate the tournament organisers on putting this on in difficult circumstances.

“Over the past two months the players have put in real effort, worked very hard on and off the pitch and have met the protocols and new ways of working.

“This has been another positive learning week with tough, hard training and we’re looking forward to getting on the pitch in front of our fans and playing a good game of rugby.” 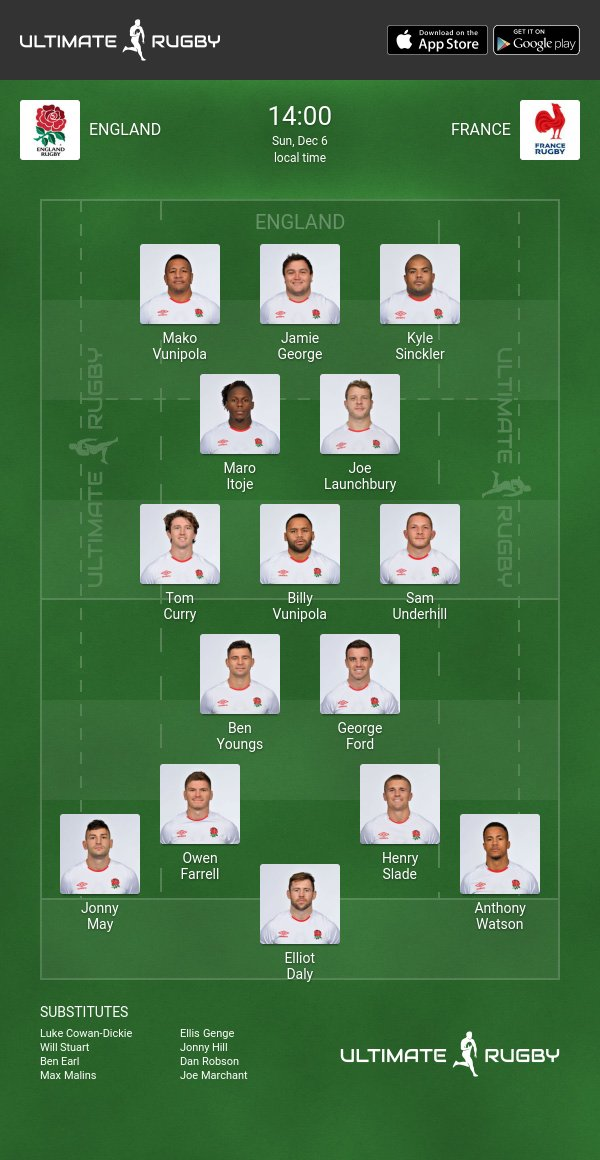