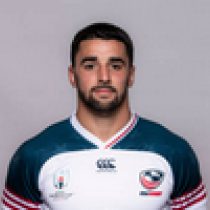 Augspurger joined the Sevens program at the Olympic Training Center, and was selected as a Team USA traveling reserve for Rugby Sevens at the Rio 2016 Olympic Summer Games.

He made his full international test debut for the Eagles against Italy in June 2016, starting at scrum half.

2017 saw him cement his place in the USA squad that would compete at the 2017 Americas Rugby Championship.

In May 2017, Augspurger was named in the USA Men's Eagles for the Emirates Airline Summer Series and Rugby World Cup 2019 Qualifiers this June and July, Nate has won 6 caps for the Eagles.