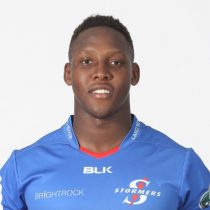 Nama Xaba headed to Cape Town straight after school and attended the Western Province Rugby Institute, serving as captain of Western Province U19 in 2016 and representing the Junior Springboks in 2017.

He made his Western Province debut in 2019 and earned his first Stormers cap in 2020. A promising talent, Xaba has been viewed as the long term replacement for Siya Kolisi in Cape Town.