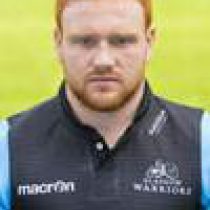 McConnell signed from Glasgow Warriors back in May 2015, making 24 appearances in his first season, before making his mark as the club's top try-scorer so far during the current campaign, with 8 tries in 20 matches.

He has signed a new one year deal to keep him at the club until the end of the 2017/18 season.