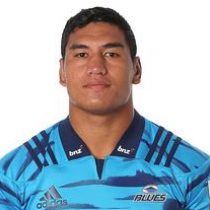 Taramai debuted on the local Sevens stage with a Player of the Tournament performance at the American Ambassador Sevens series in October 2012.

He became a regular in the Wellington Sevens team in 2013 and was part of the team that claimed the National Sevens title in Rotorua in January 2014.

Taramai represented New Zealand at sevens level between 2014 and 2015, appearing at 4 tournaments in which he played 19 matches and scored 1 try.

In November 2014 he was named in the All Black Sevens squad for the first time.

Taramai played one game for Wellington and joined up with North Harbour where he enjoyed a memorable debut season in 2016.

Taramai was included in the Blues Super Rugby squad for the first time ahead of the 2017 season and made his debut against Rebels.

The former Wellington rugby league player impressed many with his first year in Super Rugby, Taramai made eight appearances for the Blues in 2017.

He returned to Harbour where he was arguably one of the standout players in the Mitre 10 Cup to ensure his return to the Blues in 2018.