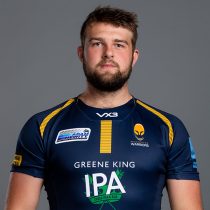 Back-row forward Monks was promoted from the Junior Academy to Warriors Academy senior squad in the summer of 2019.

Monks was educated at Tewkesbury School and Worcester Sixth Form College and first played for Warriors Academy in the Under-15s side.

As well as gaining valuable senior experience with Hartpury in the Greene King IPA Championship this season, Monks excelled while on a similar dual registration with Birmingham Moseley in the 2020 season and was voted National One Young Player of the Year.

In May 2021, he was handed a new contract extension at Worcester Warriors.

September 2021 saw him join the Ampthill squad for the 2021-22 Championship season.