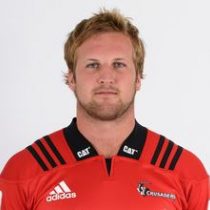 He made his breakthrough in senior rugby playing in the 2015 ITM Cup where he made 11 appearances for Canterbury as they lifted the Premiership title with a 25-23 victory over Auckland in the final.

An excellent debut season for Canterbury saw him make the Crusaders wider training group for the 2016 Super Rugby season. Unfortunately, a foot injury ruled him out for the entire Super Rugby season, as well as the 2016 Mitre 10 Cup.

Dunshea was named in the Provincial Barbarians squad to face the British and Irish Lions and started the match at no.8 and played the full 80 minutes.

He played in one match for the Crusaders in 2017, before helping to Canterbury to yet another Mitre 10 Cup final.

Dunshea headed into the 2019 Super Rugby season with three caps for the Crusaders but the middle of May he had already doubled that figured before signing a new deal with the franchise for the 2020 Super Rugby season.