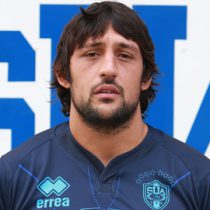 Mickael De Marco rose through the ranks in French Ruby with a talented group of players with the like of Yann David , Yoann Maestri and Adrien Tomas all playing alongside the lock in the 2009 France u20 squad.

De Marco spent 6 years at the club that gave him his professional debut, Montpellier, before he was loaned out to Lyon during the 2014/15 season.

Oyonnax signed De Marco on a two-year deal ahead of the 2015/16 season and the powerful lock helped Oyonnax secure promotion to the Top 14 for the 2016/17 before he signed for Agen.