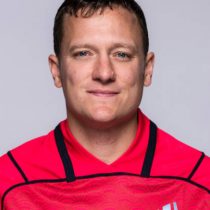 Having started refereeing at the age of 16, Carley was the first person to be offered a RFU refereeing scholarship at the University of Gloucestershire in September 2004 while juggling his sports science degree.

After graduating, he joined the RFU’s South East Group of referees ahead of the 2008-09 season, and was promoted to the National Panel of Referees the following year, refereeing at National 1 and 2 level and Championship.

In the 2012/13 season, Carley became the first ever referee to officiate a professional game wearing "RefCam" when he took charge of the Newcastle Falcons and London Scottish, later boming the first referee to gain promotion from the Referee Academy into a full-time referee.

During the 2017 Six Nations Championship, he made his first Six Nations appearance, acting as assistant referee to John Lacey during Scotland's game against Wales.

Carley has since become a regular on the test and domestic stage and was named as a reserve referee for the Rugby World Cup in Japan.

He also took charge of Six Nations matches in 2020.