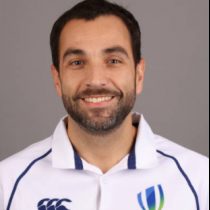 Raynal was a prominent player in his youth, representing USA Perpignan. He was even a part of the Junior Perpignan team that was victorious in the Junior Championships in France.

As a referee, he was promoted to the Pro D2 at the age of 25, his first game being between Grenoble and Toulon in the 2006-07 season. The very next season, his efforts earned him a place on the Top14 panel.

In his first Tier 2 test match, he took charge between Malta and the Netherlands.

His first Tier 1 test came in 2012 when he officiated between Scotland and Tonga in Aberdeen.