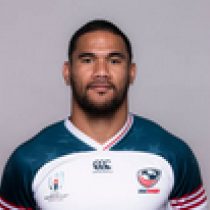 Iosefo was one of 29 athletes invited to the week-long high performance camp at the Olympic Training Center in Chula Vista, California in November 2014 after winning the Serevi RugbyTown Sevens 2014 Bowl with the Men's Collegiate All-Americans Sevens team.

Following Rio 2016, Iosefo was called into the USA Rugby Selects developmental squad for the Americas Pacific Challenge in October, starting all three matches in the centre.

In May 2017, Martin was named in the USA Men's Eagles will assemble for the Emirates Airline Summer Series and Rugby World Cup 2019 Qualifiers this June and July, having won two caps to date.