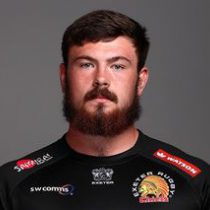 An unusual honour came the way of Marcus Street in February 2017 when making his England U20 debut against Italy nine days before first playing for the U18 side against France at Aylesbury.

After helping the side to win the International Series in Wales in Easter 2016, Exeter-born Marcus was not only included in the squad for the World Rugby U20 Championship, despite being ‘two years young’, but also featured in four matches. Injury then deprived him of a potential place in the final against New Zealand.

He had scored tries in pool games against Samoa and Australia.

Marcus joined Exeter Chiefs Academy and captained the Devon U16 team and made his first senior appearance for the Chiefs against Cardiff Blues in November 2017.